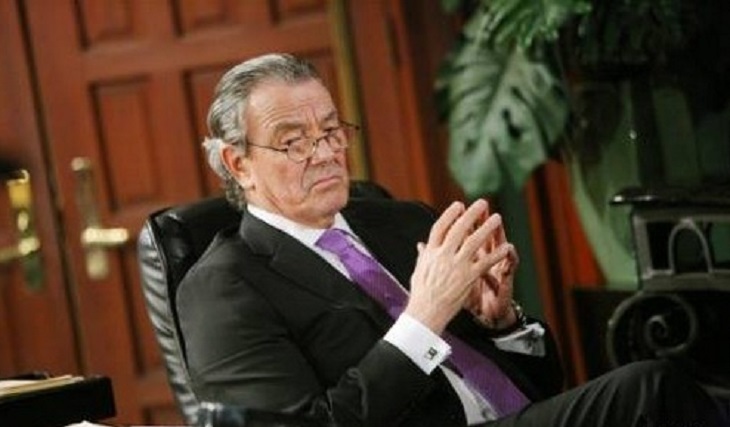 Victor Newman (Eric Braeden) actually spoke the unvarnished truth on ‘The Young and the Restless’. The death of his son Adam (Justin Hartley) sparked a once in a blue moon outpouring of emotion from the famed corporate titan. Despite all that he’d done to orchestrate Adam’s grief, viewers actually felt compassion for the ‘Moustache’. That fact is fully noteworthy.

It’s hard to admit when you are wrong, sometimes. Readers who believed that last sentence was about Victor are being called out right now. All who vowed they’d never feel sorry for the head of Newman Enterprises are likely eating crow and washing that bird down with their crocodile tears. Yes, Victor is an egotistical, vindictive, arrogant, occasionally demented lout. But, he’s also a father who just lost his son.

Braeden killed in numerous appearances this week. The oft-portrayed ruthless despot had his humanity exposed in a spate of beautifully delivered scenes. Victor’s remorseful stare out of the executive suite, accompanied by the ever-excellent Christian LeBlanc was outstanding. A penthouse setting that included Elizabeth Hendrickson, Melissa Claire Egan and Connor (Gunner) Gadbois, where Victor’s raw honest turned Chelsea’s emotions in his direction, was riveting. Then, Victor addressed the still-stunned mourners at Adam’s memorial service and the tour de force was complete.

Braden has drawn criticism through the years for his efforts at Y&R’s leading man. Balanced opinions offer that it’s challenging to maintain the full audience’s admiration after so many decades on top. Claimed cultural evolution often spurns shameless personal attacks on perceived elitist targets. Begrudged endurance always misses the point, as resilience and hard work can’t truly be shouted down.

Related: Phyllis and Billy Meet At Cabin – Philly Gets Closer

Talent rises to the occasion when asked. Executive producer Mal Young continues to project that he is the right man to have been tapped to lead Y&R as far into the future as possible. And with that, more ‘Blue Moon’ moments seem likely to be offered to Braeden and his cast mates as future episodes are recorded.