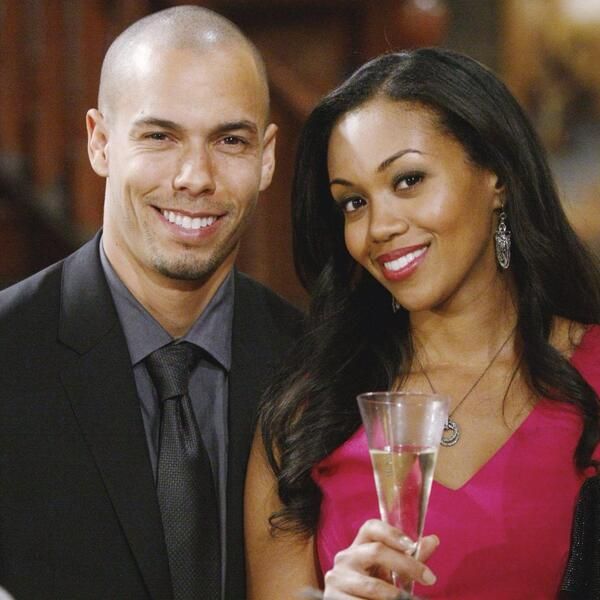 Some people are ungrateful on ‘The Young and the Restless’. Hilary (played by the always engaging Mishael Morgan) is one of them. Regardless of what Devon (Bryton James) says, does, give or offers to his wife, she remains irked. Of course, those who are aware of manipulation understand the game she’s playing. It’s called control.

Ann Turner, which is Hilary’s birth name, arrived in Genoa City bent on revenge. She believed that Neil (Kristoff St. John) allowed her mother to die in a hotel room after binge drinking. Ann targeted the Winters’ family based on that assumption, using GC Buzz as her slander vehicle along with other weapons.

Ann’s alternate identity, Hilary Curtis, was eventually accepted and Neil forgave her. Yes, that’s how soaps go. Over time she claimed to love Neil and married him. However, she eventually tagged Devon as her soul mate.

Devon went to Hades and back as Hilary divorced Neil and married him. Morgan’s real life pregnancy (which resulted in the birth of her son Niam) enabled Mrs. Hamilton to fall into a coma. Yes, Hilary literally fell off a cliff, went into a coma and was off the show for awhile. Neil was involved in her rescue and subsequent healing, through the paid hands of Dr. Simon Neville (Michael E. Knight). All the while Devon was beside himself.

That entire situation caused a major rift between Devon and his adopted father. Tucker (Stephen Nichols), Devon’s biological father and Katherine’s (Jeanne Cooper) son, wasn’t much help during this time as he was out of town. Time allowed wounds to heal, which enabled Devon and Neil to restore their relationship. But Hilary hasn’t evolved to be honest.

Ann, Ms. Curtis, Mrs Hamilton, or whoever she’s calling herself this week is still balancing that victim chip on her shoulder. A blatant self-promoter, Hilary has maneuvered herself back into hosting duties as GC Buzz. How ironic that Devon bought the website that Hilary once used to assault his own family.

‘Hevon’ appears to be a doomed super couple. Whether it was ever real remains to be seen. But viewers know that no matter what happens Hilary will survive and crawl away, or glam on to another rich guy.

‘General Hospital’ Spoilers: Hayden’s Mom Returns To Port Charles – Will She Make Amends Before It Is Too Late?