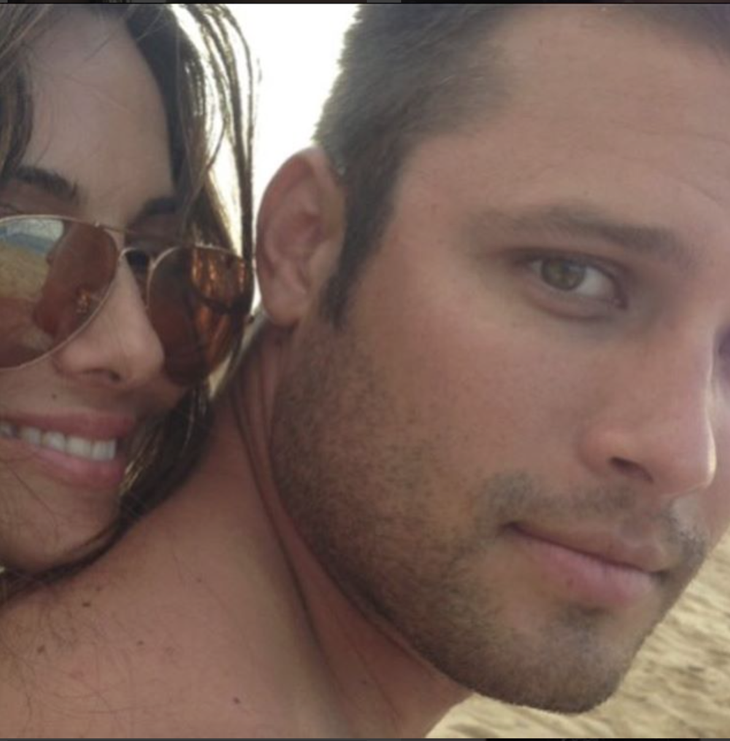 ‘General Hospital’ rumors have been flying fast and furious for several weeks about Vanessa Marcil returning as Brenda Barrett. The actress has responded to the speculation that ‘GH’ fans will see Brenda back in Port Charles.

Rewind a few weeks when Vanessa posted a photo of Brenda and Sonny Corinthos [Maurice Benard] kissing on their wedding day. The actress captioned the pic, “Never-ending.” That was enough to throw the rumor mill into overdrive.

Fans overwhelmingly begged Vanessa to confirm that TPTB had decided to bring Brenda back to Port Charles. “Word is your coming back for some episodes!!!! I’m so excited!!!” one ‘GH’ viewer wrote. Another fan commented, “You’re enjoying making us fans cray cray lol.”

Is there any truth to the rumor that Vanessa has been in talks with TPTB? It appears that the answer to that is not right now. Vanessa posted the photo only after a ‘GH’ fan posted some throwback photos of Sonny and Brenda.

Vanessa has a full schedule with family and work. She is currently filming ‘Deadly Devotion’ in which she portrays Kaylene. Vanessa also is in the process of opening a restaurant with her family.

It also seems Vanessa and her fiancé are involved in another business venture, MC Brewing. The actress recently posted a photo of brewing equipment, writing, “Every dream leads to the next and it’s the journey and knowing failure is part of the success that keeps it all so fun. #MCBrewing.”

Sonny’s life has spun out of control since Morgan Corinthos’ [Bryan Craig] death. The mobster’s relationship with his wife Carly Corinthos’ [Laura Wright] is on shaky ground. Nelle Hayes [Chloe Lanier] is out to destroy Sonny one way or the other.

Ava Jerome [Maura West] will take any opportunity she can to wrestle custody of Avery away from the mobster. Life is not good for Sonny right now, the walls are closing in.

Brenda may be the only person who can help Sonny out of the current crisis’ in his life. Vanessa Marcil has made no secret of the fact that she is always open to reprising her role as Brenda.