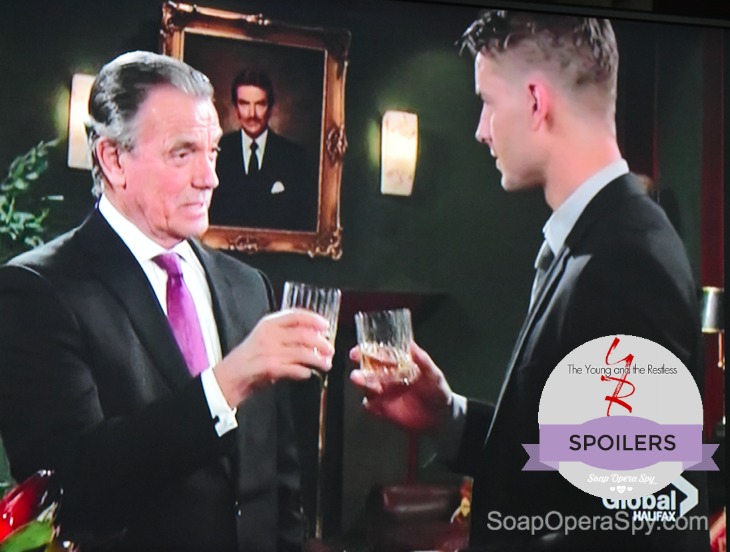 “The Young and the Restless” spoilers for Friday, January 8, tease that Paul (Doug Davidson) and Dylan (Steve Burton) will mull over the circumstances surrounding Billy’s (Burgess Jenkins) accident. At the police station, Paul speculates that someone might’ve covered his or her tracks. He also brings up the idea that the driver could’ve been preoccupied. 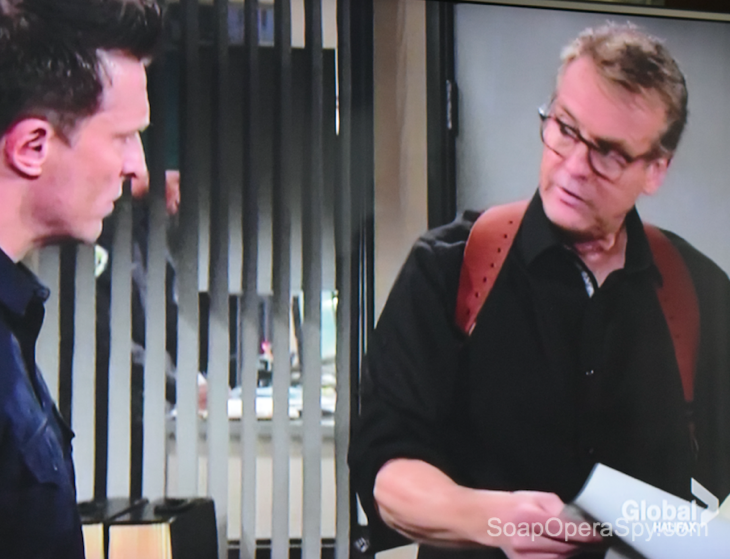 When Paul suggests Stitch (Sean Carrigan) and Abby (Melissa Ordway) as a possibility, Dylan has a hard time believing it. Paul finds out that they were riding in a limo, which leads them to dismiss the idea. Paul gets a call from a panicked Stitch. Max (Jared Breeze) is missing. Abby (Melissa Ordway) feels terrible about how quickly she failed as a stepparent. Stitch replies that he’s the one to blame. 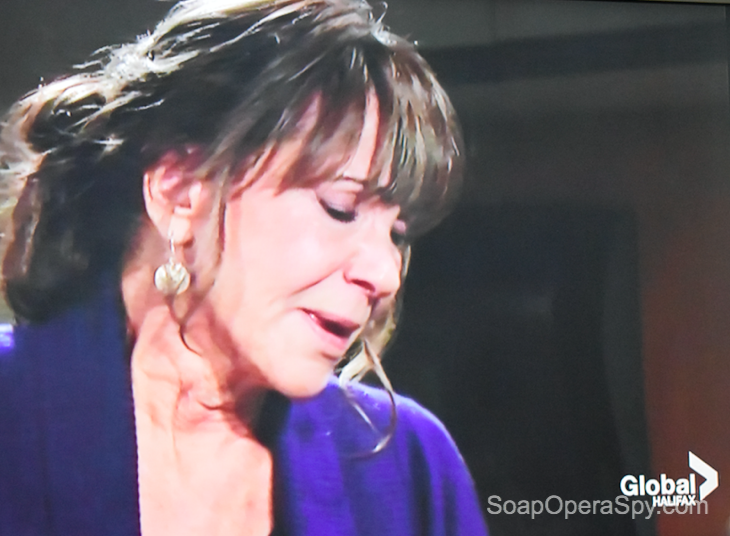 At the hospital, Jill (Jess Walton) gets updates on Billy’s low brain activity. She’s fearful, but she still hopes he can beat this. The doctor says they’ll just have to wait and see what happens. Victoria (Amelia Heinle) thinks Dr. Neville’s (Michael E. Knight) treatment might’ve been the way to go after all. 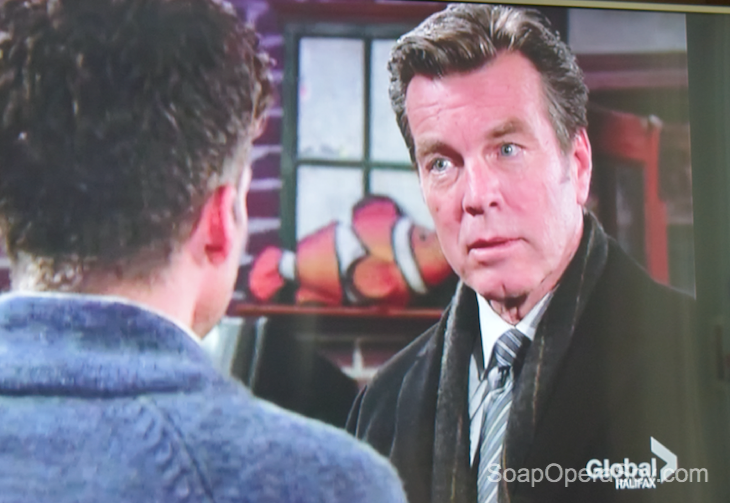 At Crimson Lights, Jack (Peter Bergman) asks Kevin (Greg Rikaart) about the other investment offer. Victor (Eric Braeden) arrives and says it’s him. Jack is furious that Victor is trying to capitalize while Billy remains in critical condition. Victor insists that it’s not his fault Billy’s hopes and dreams are being dashed. They bicker until Jack is called to the hospital. 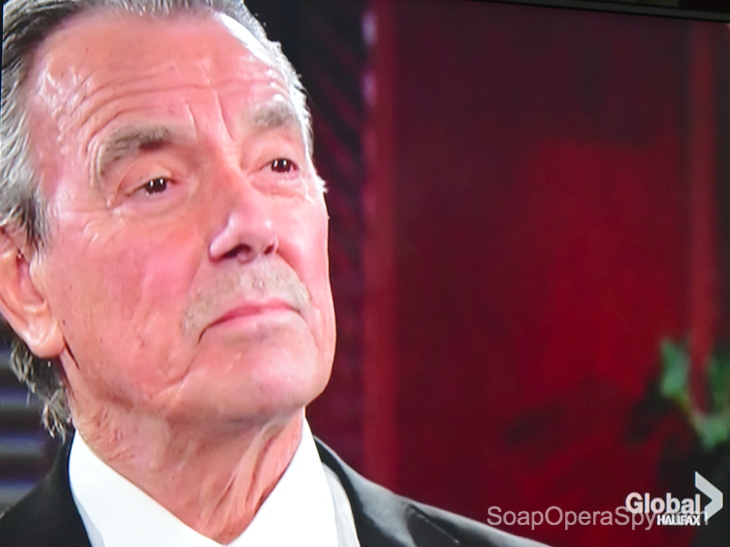 Once Jack departs, Victor tries to get Kevin on his side. He tells Kevin not to let him down. After Victor leaves, Kevin hears from Paul about getting some surveillance footage from the athletic club. Suddenly, Max walks in at Crimson Lights and Kevin relays the news over the phone. 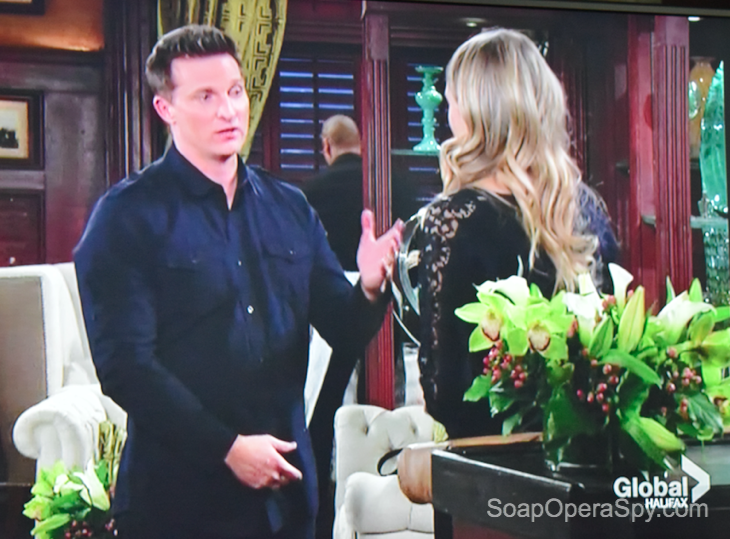 Stitch receives word on Max and tells Abby he’ll go get him alone. Abby gets upset, but Stitch thinks it’s for the best. Abby opens up to Dylan about her new struggles. She’s worried about her future with Stitch now. Dylan offers reassurance that things will work out in time. 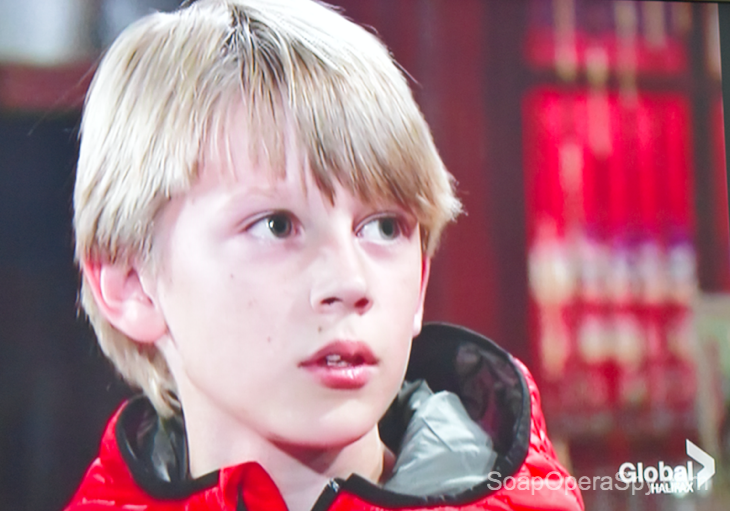 Max is playing a video game when Stitch comes to retrieve him. It appears Max ran off because he doesn’t want to live with Stitch and Abby. Max declares that he just wants to go home. Stitch points out that home means staying with people who love you. After a little convincing, Max agrees to give this new living arrangement a shot. 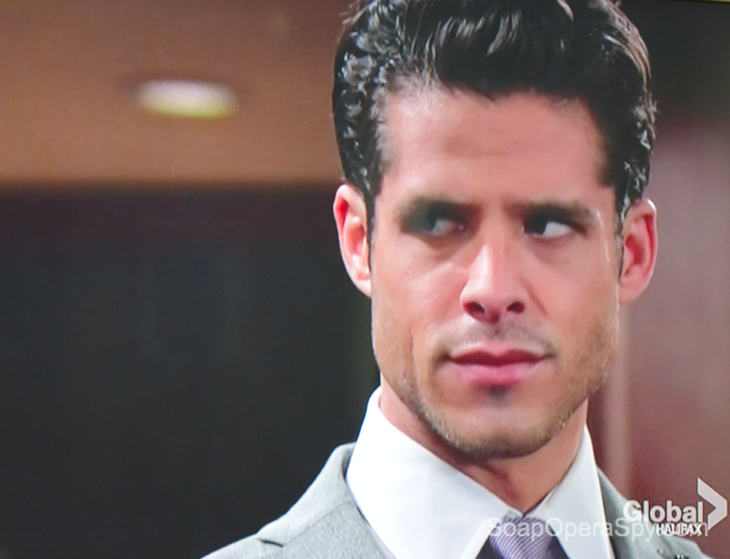 At Newman Enterprises, Adam (Justin Hartley) mentions that he hasn’t heard anything about Billy. Jealous Luca (Miles Gaston Villanueva) watches Marisa (Sofia Pernas) whispering to Noah (Robert Adamson). Adam gets rid of Noah and Marisa. He hints that Luca needs to focus on the task at hand. Luca says he’s come up with some leads, but he needs Adam’s help. Luca wants to know where Victor took Marco (Peter Bergman). Adam agrees to get the info, but indicates that it could be risky. 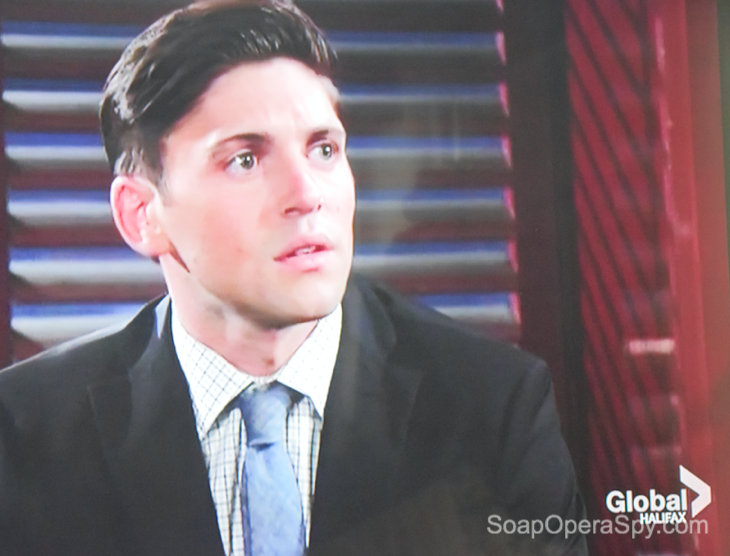 In the hall, Victor reminds Noah that he needs to keep quiet. He leaves Marisa to do the rest of the persuading. Victor finds Adam and Luca in his office. As Luca leaves, he lingers by the door to listen. Adam asks for Marco’s location and Victor replies that he’ll provide it. Luca leaves to take Marisa to dinner. 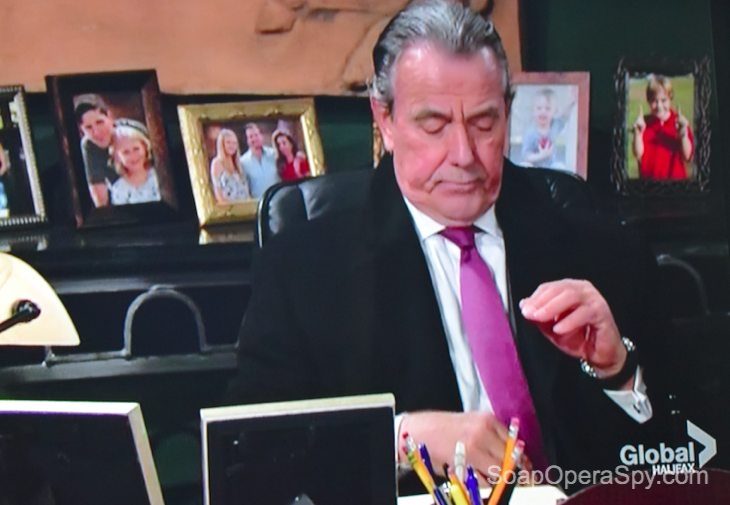 Victor hands over a piece of paper with Marco’s location written on it. Adam questions Victor’s game. Victor gleefully points out that Luca will crash and burn before he catches on. Adam is a double agent and this all appears to be part of the plan to ditch the Santoris.

At Top of the Tower, Luca tells Marisa she shouldn’t help Noah cover up his crime. Marisa explains before she realizes Luca didn’t really know anything. He was just deceiving Marisa to learn what she was up to. Luca wants to go to the police, but Marisa declares that he’ll lose her for good if he says anything.

Other “Young and the Restless” spoilers reveal that Billy’s condition will prompt a tough conversation. At the hospital, Jack tells the others that he talked to the doctor. He brings up the idea that they may have to let Billy go. Jill is outraged that Jack is even thinking such a thing. She won’t give up on her son. Victoria knows that Billy wouldn’t want to live on machines permanently. Jill reminds Jack that he didn’t give up on Phyllis. 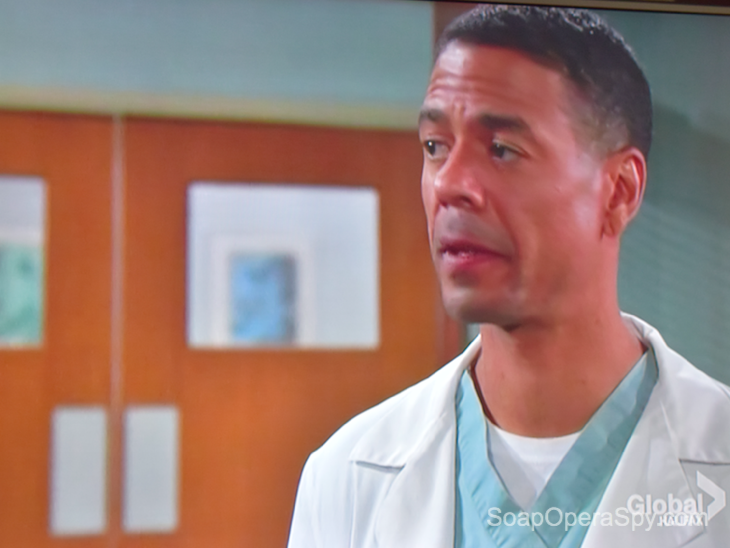 The doctor comes over and lets them know that Billy has gone downhill. They may need to pull the plug. The family gathers around Billy’s bedside. Jill grabs Billy’s hand and cries out. Victoria shares a moment alone with Billy and urges him to wake up. Noah looks concerned as he watches from outside the room. Y&R rumors hint that Noah’s guilt could start to get to him. Stick with the CBS soap to see how long Noah will keep his secret.

So Y&R fans, what do you think about these “Young and the Restless” spoilers? Voice your opinion in the comments below and don’t forget to check Soap Opera Spy often for the latest spoilers, rumors, updates and news.

‘Days Of Our Lives’ Poll: Should Abigail Deveraux Be Recast – Or ‘Chabby’ Broken Up? Vote Now!

‘The Bold And The Beautiful’ Spoilers: Nicole Raging With Jealousy And Hormones – Sabotage Sasha’s New Job?