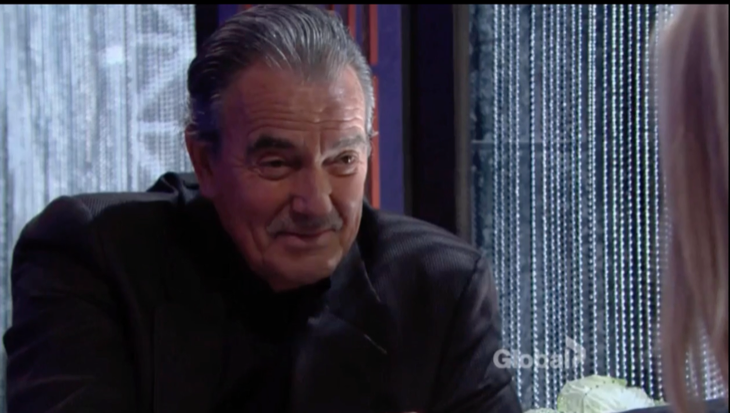 “The Young and the Restless” for Tuesday, December 27, tease that Neil (Kristoff St. John) and Jack (Peter Bergman) will wonder what they’re going to do about their venue problem. At Jabot, Jack promises he’ll figure it out. He asks Ravi (Abhi Sinha) where Ashley (Eileen Davidson) went and learns she left the building.

At Top of the Tower, Ashley urges Victor (Eric Braeden) to let them hold the gala there. Vic doesn’t seem interested, but Ash makes a good pitch. Victor finally agrees, but Ashley asks what the catch is. She knows Victor must want something in return. Victor admits that Jabot will have to let Brash and Sassy remain in their current space. It’s the only way they can secure Top of the Tower for the benefit.

At GC Buzz, Hilary (Mishael Morgan) and Mariah (Camryn Grimes) are still bickering. Devon (Bryton James) thinks they could be a nice team if they’d work out their issues. Hilary confesses that she could use some help at the gala. She’d like Mariah to serve as the producer. When Mariah immediately accepts the offer, Hilary is a little taken aback.

Related: Chelsea And Nick Ring In New Year Together – Finally Give In To Their Romantic Urges?

A short time later, Mariah examines the area where she fell during the live show. She spots a cord that continues under the carpet. Mariah has a flashback and realizes Hilary moved the cord when she was walking. Hilary was the reason Mariah tripped and made a fool of herself. “The Young and the Restless” rumors hint that a revenge plot could be brewing.

At home, Sharon (Sharon Case) pushes Dylan (Steve Burton) to open up about how he’s feeling. Dylan gets emotional as he explains how much he misses the baby. When Dylan says he has to leave for work, Sharon gets concerned. Dylan insists he’s got everything under control.

At the police station, Dylan thinks about Christian as Christine (Laralee Bell) explains the danger of his mission. Dylan returns to reality and contends that he doesn’t mind risk. Christine points out that Sharon won’t know where he is and he could be gone for quite a while. Dylan is OK with that, so Christine hands him a plane ticket to Miami.

Related: Outstanding Episode A Gift To Seasoned Fans – Merry Christmas To One And All

Back at the house, Dylan informs Sharon that he’s going out of town. He notes that he can’t say much. Sharon gets upset and begs Dylan to stay. He feels like he really needs this time away. Sharon protests, but Dylan just wants to enjoy their moments together before he goes. They kiss and hold each other tight.

At their penthouse, Devon brings Hilary some dresses to try on. He suggests that she can have whichever one she likes for the gala. Hilary gets excited as she looks through the rack. She gets undressed and they make love. When they’re done, Devon and Hilary discuss their marriage. They want to share everything and be equal partners in this relationship.

At Jabot, Jack is appalled by Ashley’s news. She fills Jack and Neil in on Victor’s demand. Jack won’t agree to it, even if it means losing the venue. Neil and Jack just want Jack to let go of his rage toward Billy (Jason Thompson). He needs to forget about evicting Brash and Sassy if he wants to hold the gala at Top of the Tower.

After Jack storms out, Ravi indicates that he’s impressed by Ashley’s efforts. She states that Ravi can help with the benefit if Jack gets on board. At Top of the Tower, Jack reluctantly tells Victor that he’ll accept the condition of the deal. They shake on it and the plans for the gala move forward.

It sounds like this event will include a few surprises. Y&R viewers can expect Hilary to face the biggest shocker of all. Stick with the CBS soap to see what’s in store.

WATCH: ‘The Young and The Restless’ Preview Video Tuesday, December 27