The Young and the Restless Spoilers: Chelsea And Nick Ring In New Year Together – Finally Give In To Their Romantic Urges? 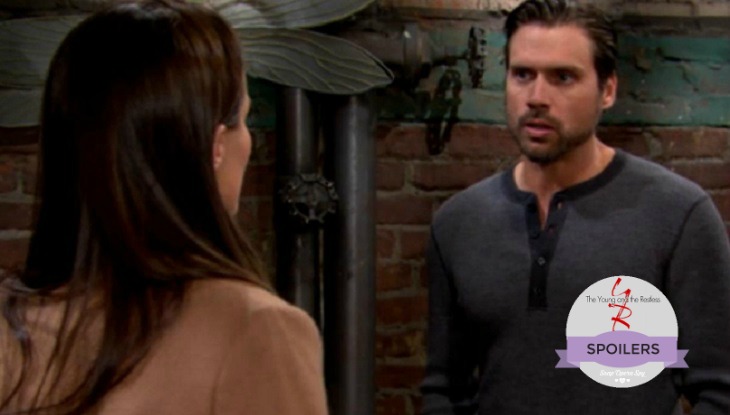 The Young and the Restless’ Nick Newman (Joshua Morrow) and Chelsea Lawson Newman (Melissa Claire Egan) have had their fair share of loss and sadness this past year and since they have been able to lean on each other and trust each other, it seems only fitting that they would be together to ring in the new year.

Earlier in 2016, Sage Newman (Kelly Sullivan) died after that horrible car accident and Adam Newman (Justin Hartley) was declared dead after the cabin explosion, leaving both Nick and Chelsea as single parents, so how fitting is it that the two decide to stay home and ring in the new year with just the kids?

Related: Outstanding Episode A Gift To Seasoned Fans – Merry Christmas To One And All

Fans have been watching Chelsea and Nick closely and clearly there is a spark between the two.  Nick has somewhat of an attraction to her, who wouldn’t?  She is a beautiful, smart, business savvy woman who has undeniable inner strength and courage.

Although neither of them are looking for romance, they are both at the same spot in their lives, both are still raw from the loss of their spouses, and seem to be unwilling to think beyond that right now.

The Young and the Restless’  Victor Newman (Eric Braeden) has already hinted to the two growing closer, thinking it is a good thing for Chelsea to be with Nick, but are they prepared to move forward?  The holidays are for family and friends, to share happy memories and create new ones.  Nick and Chelsea enjoy talking to each others company, and cannot help but grow closer; both are in denial but could they be truly falling for each other?

Y&R fans know that Chelsea needs to tread lightly because she knows that Christian isn’t really Nick’s son and the truth could blow Nick’s world apart.  Victor has put it in her mind that Sage didn’t want Nick to know the truth and Adam was fine with Nick raising him, so why rock the boat?  This secret does weigh on Chelsea’s mind this holiday season but it really isn’t on her mind while she is with Nick and the kids bringing in the new year.

Related: Steve Burton Teases Life After Y&R – Will He Return As Dylan McAvoy Some Day?

New Year’s Eve, Faith (Alyvia Alyn Lind) is with them for the night, and although she is determined to stay up until midnight, she begins to fall asleep, giving Chelsea the opportunity to pack up Connor and go home.  Nick will convince Chelsea to stay so they both can say goodbye to all the sadness and loss 2016 brought them and hope for a better year.

Spoilers reveal that Nick may be struggling within, he promised to take care of Chelsea and Connor when Adam was sent to prison, but will he be able to keep that promise as they develop feelings for each other?  Fans will just have to wait to see if Chelsea and Nick give in to the attraction or will they think it is a bad idea, and end it before giving it a chance?

Be sure to tune into CBS’ the Young and the Restless (Y&R) to catch up on everything happening in Genoa City, especially on New Year’s Eve.  Check Soap Opera Spy often for updates, news, rumors and spoilers!

WATCH: ‘The Bold and The Beautiful’ Preview Video Tuesday, December 27