‘The Young and the Restless’ News: Outstanding Episode A Gift To Seasoned Fans – Merry Christmas To One And All 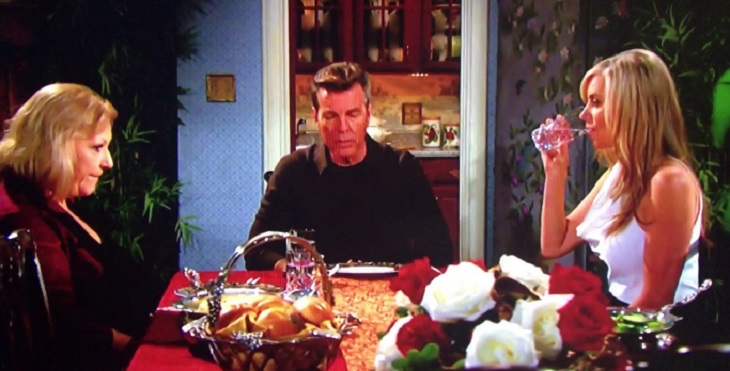 Sally Sussman and her team wrote an outstanding Christmas episode of ‘The Young and the Restless’. Seasoned fans appreciate this gift that allowed children to be featured as part of the reason why this holy day is celebrated throughout the world and on the soaps. Recent changes on this show indicate that 2017 could offer the audience much enjoyment.

There have and will always be Scrooge’s among us. Perhaps even this scribe has been so, at times in his life.

All who mimic that miser are choosing to do so based upon perceived and real circumstances. But a heart-warming tale told in daytime this year was widely cheered by those who opt to believe in hope.

The family scenes inside the Newman Ranch were fantastic. Warm images and meaningful dialogue weaved character’s thoughts of gratitude along with their hopes for the future.

Another flashback moment, among recent fond cuts, was nicely inserted into a tree-topping tradition. Victor (Eric Braeden), who read a Christmas story to his clan, recalled when he allowed his young son to put a star on top of a tree in the original Ranch house many years ago. The ever-softening ‘Moustache’ then told Nick (Joshua Morrow) it was his turn, so he lifted Faith (Alyvia Alyn Lind) toward the Tannenbaum as well.

A beautifully scored scene adorned the end of the episode, as Nick arrived at the Cottage with Christian (Jude and Ozzy McGuigen) in his arms. Dylan (Steve Burton) opened the door for his brother and stood in disbelief. Sharon’s (Sharon Case) tears were surely shared by kind-hearted viewers as Nick’s generosity filled the screen.

Related: Steve Burton Teases Life After Y&R – Will He Return As Dylan McAvoy Some Day?

Meanwhile, the late, eternally great Jeanne Cooper (Katherine) was honored as Chancellor Park was transformed into a Charles Dickens-like village. Carolers in period costumes were led by Aileen Quinn, who famously portrayed Annie in the 1982 film of the same name.

As ‘O Christmas Tree’, alternatively known as ‘O Tannenbaum’, was sung, Billy (Jason Thompson) received the Christmas miracle he was hoping for. Vickie (Amelia Heinle) arrived unexpectedly with ‘Villy’s’ two children. Johnny (Holden and Ryan Hare) and Katie (Sienna Mercuri), who is Katherine’s namesake, quickly ran to their father. And then it started to snow before previews ran and the credits were shown.

Merry Christmas to all readers, their families and friends.

‘The Young and the Restless’ News: Steve Burton Teases Life After Y&R – Will He Return As Dylan McAvoy Some Day?