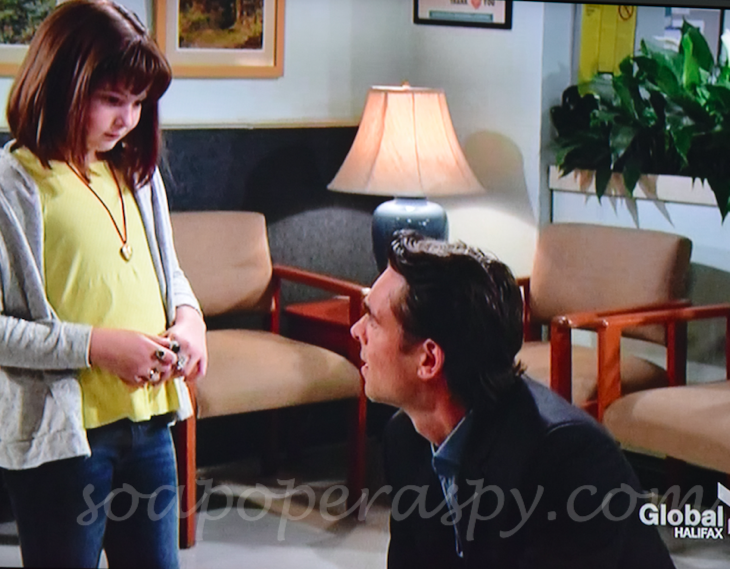 “The Young and the Restless” spoilers for Thursday, January 14, tease that Billy (Jason Thompson) will have an out-of-body experience. At the hospital, Jack (Peter Bergman) gets updates on Billy’s condition. He learns it could take a while for Billy to die. Billy appears next to Jack and sees himself in his hospital bed. He notices his grieving loved ones in the waiting area and feels guilty about causing them pain.

No one can hear or see Billy, but he’s aware of the situation. Victoria sobs and Billy tells her she’s going to be OK. The kids will be fine, too. Billy urges Jack to lean on Phyllis (Gina Tognoni) in his time of sorrow. Ashley (Eileen Davidson) comforts Jill (Jess Walton). She says Billy knows that Jill fought for him. Billy tells his mom that he loves her. He hates that he’s putting everyone through all this heartache. Billy insists they won’t be let down by him anymore. 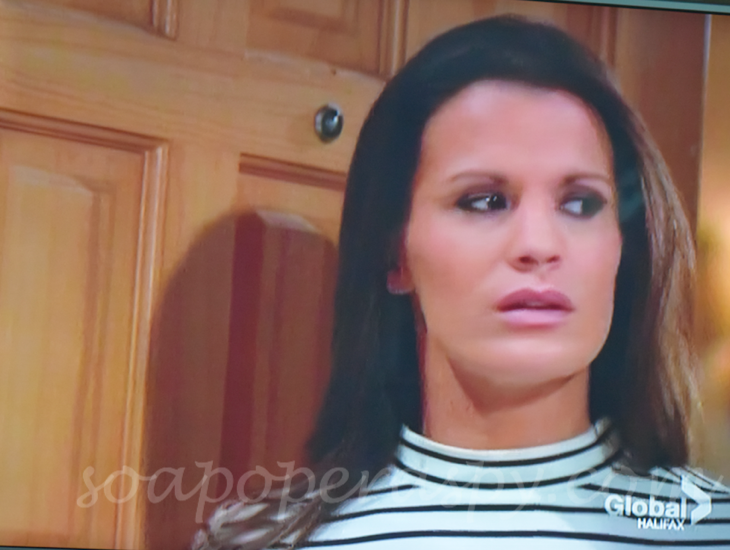 Just outside the penthouse, Chelsea (Melissa Claire Egan) investigates after hearing a loud noise. She doesn’t see Adam (Justin Hartley) because the elevator door has already closed. Inside the elevator, Adam raises his hands in the air. A black hood is covering Adam’s face. 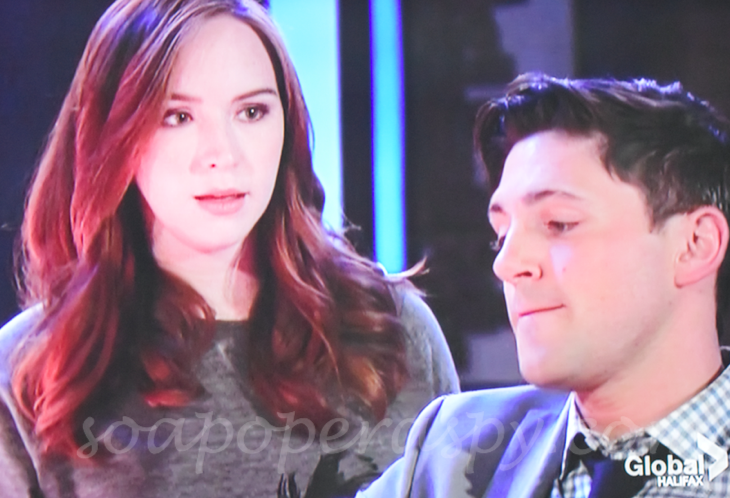 Other “Young and the Restless” spoilers reveal that Mariah (Camryn Grimes) will try to get to the bottom of Noah’s (Robert Adamson) struggles. When Mariah questions Noah, he isn’t willing to open up. Meanwhile, Kevin (Greg Rikaart) wraps up his deal with Victor (Eric Braeden). Victor presses for more details on this big idea, but Kevin won’t divulge anything. They bicker until Noah shows up.

Kevin exits and Noah tells Victor that he has to tell the truth about the accident. Victor thinks nothing good can come from Noah’s confession. He tells Noah that he’ll be on his own if he comes clean. Billy’s spirit appears and listens in on their conversation. 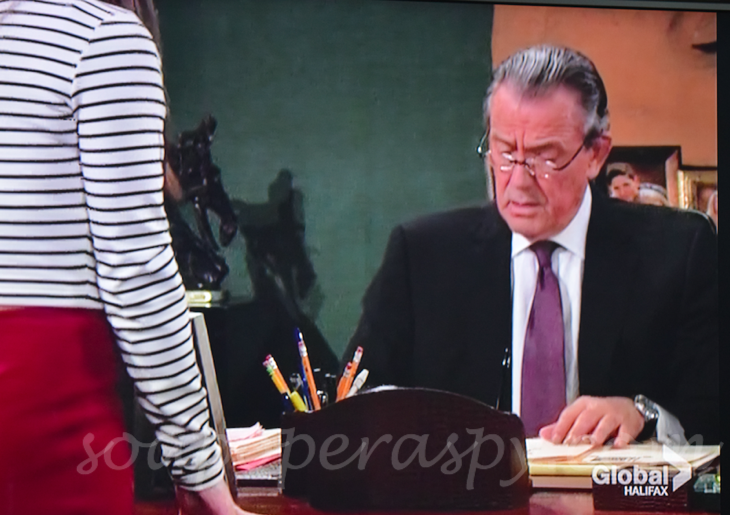 Victor suggests that his recent business deal can provide money for a charity in Billy’s name. Once Noah leaves, Victor murmurs some insults about Billy. However, Victor adds that Billy gave him his grandchildren and his new deal. At least he can be grateful for that. Chelsea (Melissa Claire Egan) storms in and wants answers about Adam’s trip. Victor makes a call and finds out Adam didn’t make it to the Newman jet. Chelsea is worried about what happened.

Elsewhere, Kevin tells Mariah that he closed the deal with Victor. Billy’s spirit overhears and is outraged. Mariah and Kevin find Noah, who’s still drinking. Mariah is convinced that the police will get a good lead on the person who hit Billy. Noah looks concerned.

At Crimson Lights, Nikki listens as Victoria talks about Billy and the kids. Victoria laments the fact that they won’t get to know their father. Billy’s spirit arrives and tells the kids they have the best mom. When Katie says “Dada,” Victoria and Nikki are stunned. It’s Katie’s first word. 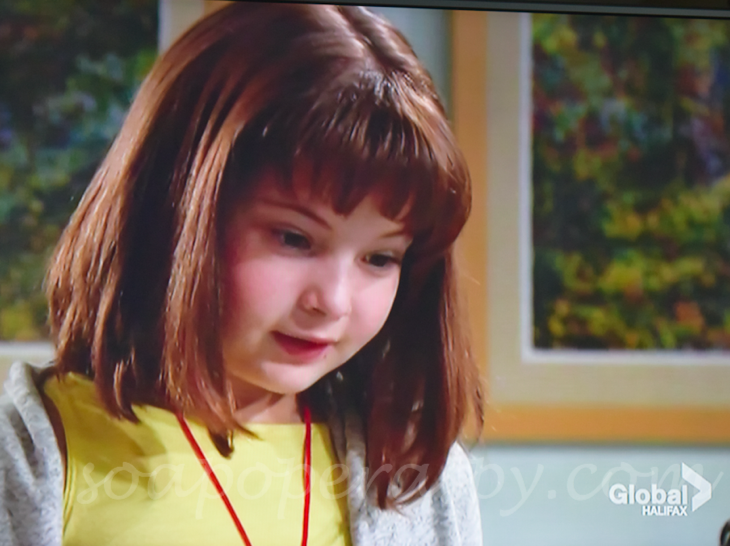 Back at the hospital, Jill wonders if Billy’s soul has already departed. The family gathers once again around Billy’s bed. Billy is watching himself outside when Delia (Sophie Pollono) appears. He points out that he thought he was ready to go, but now he’s not sure. Delia tells her dad that she’s fine and he needs to go back. Billy needs to make things right. 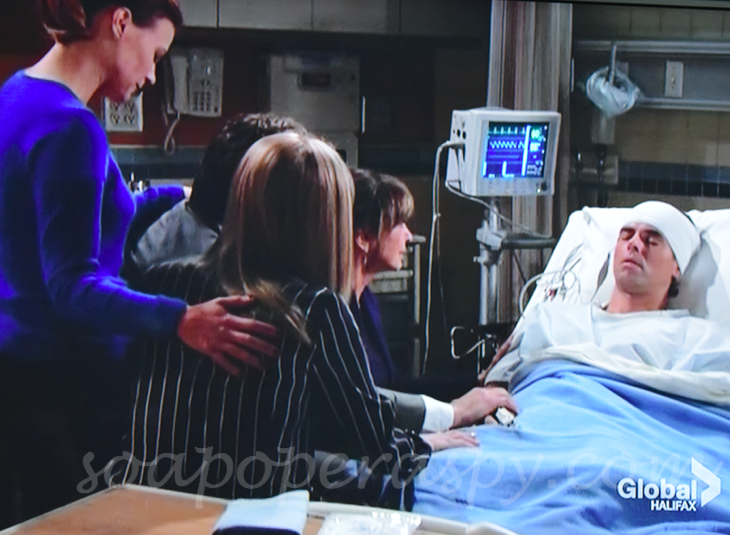 Victoria walks in Billy’s room and the machine starts to beep. The monitor shows brain activity. Everyone is stunned by the news that Billy is coming back to them. Y&R rumors hint that Billy will turn his life around after this difficult ordeal. Stick with the CBS soap to see what’s next for Billy.