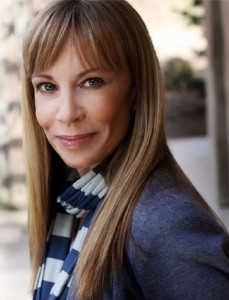 “Days of Our Lives” viewers could be hearing about some changes to the writing team soon. Last August, Dena Higley took a leave of absence from her position as co-head writer for personal reasons. At the time, Higley said it would be a short leave. Now it’s January and there’s still no word on her return.

Of course, we haven’t heard anything about an official departure either. It seems DOOL is staying tight-lipped on Higley’s status. We do know that the show’s other co-head writer, Josh Griffith, remains on board. When Daytime Confidential broke the news of Higley’s leave of absence, they stated that “Days” would likely borrow someone from the writing team at “The Young and the Restless” to help out.

Y&R’s Beth Milstein has reportedly been aiding Griffith during Higley’s time off. There’s a chance that might turn into something more permanent if Higley chooses not to come back. There’s also a possibility that we could see a different writer brought in to share the duties with Griffith.

It’s doubtful that “Days of Our Lives” will really leave their writing team in limbo indefinitely. We’ll probably get an announcement regarding this at some point. We first received confirmation on Griffith and Higley being hired last February. That’s led to rumors that we could learn whether Higley’s in or out once February rolls around again.

Higley has been playing around with her Twitter bio lately as well. Many DOOL fans noticed when Higley altered it to say she was a past head writer for “Days.” However, Higley made a few updates once again and now it simply says, “Emmy Award-Winning Head Writer for ‘Days of Our Lives’ and ‘One Life to Live.’” Those are references to Higley’s previous stints on those soaps, which means we don’t have a definitive answer on her status at the moment.

We’ll keep waiting to hear what happens behind the scenes, but we can at least look for upcoming changes on screen. The last of Higley’s material is expected to air by February, but her name may remain on future scripts since she technically still holds her title. Nevertheless, we’ll likely see what Griffith and Milstein have cooked up without Higley’s influence before long.

Higley appears to be a bold writer who likes adventurous storylines. A lot of DOOL viewers suspect that Higley was the one who pushed for Andre (Thaao Penghlis) to brainwash Chad (Billy Flynn). The recent heart transplant storyline seemed “Higley-esque,” too.

As we move out of Higley’s material, could we see the show go in a different direction? It’s safe to say there may be some subtle shifts in Salem. We’ll let you know if we find out more info on Higley’s return or departure from DOOL’s writing team.

So “Days” fans, do you think Higley will be back or is she gone for good? Do you expect to hear an official announcement about this soon? Voice your opinion in the comments below and don’t forget to check Soap Opera Spy often for the latest “Days of Our Lives” spoilers, rumors, updates and news.