‘The Young And The Restless’ Spoilers: Summer and Luca Take Major Step In Their Relationship 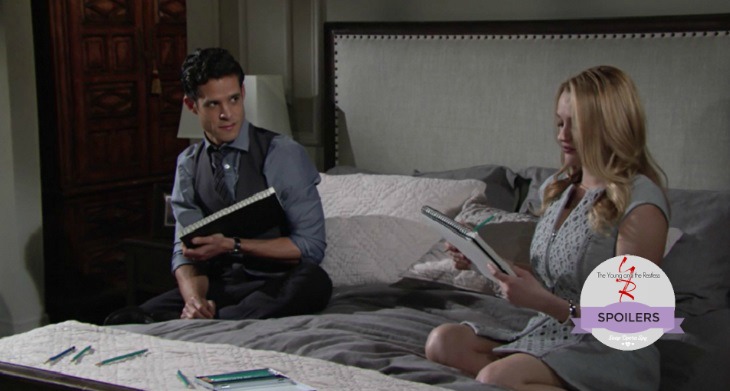 ‘The Young and The Restless’ (Y&R) spoilers tease that Summer Newman [Hunter King] will soon take a big step with Luca Santori [Miles Gaston Villanueva] that will stun her family. Are Luca and Summer putting down roots together? Is this the start of something real?

Luca has been puppet mastering Summer’s actions in her job at Newman Enterprises and his influence seems to be seeping into every area of her life. So great is Luca’s involvement in Summer’s life that she’ll begin to think she can’t live without the wily Spaniard.

In coming days, Summer will invite Luca to move in with her. Even though it’s Summer that does the asking, has Luca introduced the idea in such a way that Summer thinks it’s her original thought? Is this all part of Lucas’ master plan to become a Newman?

In a way, Summer may view Luca and her beloved Grandpa Victor Newman [Eric Braeden] in the same light. All the other Newmans have trash talked both Victor and Luca, so that puts those two into the same pigeon hole. That puts Luca in a better light.

Since Victor is someone that Summer worships and refuses to turn her back on, by her family unintentionally lumping Luca in with The Mustache, they are helping Luca get closer to Summer. But doesn’t it seem fast for Summer to move Luca into her place?

For normal people, maybe it’s too soon. But Summer always goes all-in really fast and has a habit of taking up with shady characters. Remember how she went overboard for Austin Travers [Matthew Atkinson] and defended him to great lengths?

Summer’s new relationship with Luca has a similar vibe. No doubt Luca will jump at the chance to take his relationship with Victor’s granddaughter to the next level, but is the dynamic between Luca and Summer all about him getting closer to Victor?

Or could Luca actually be falling for Summer? What may have begun as him trying to get a foot in the door at Newman Enterprises and close to Victor may soon turn into something more. Luca may care about Summer and his feelings could intensify.

But how far will Luca and Summer take things? Is moving in together a precursor to a fast-tracked wedding? After all, Luca’s officially divorced and marrying a Newman would make Luca a de facto Newman in his own right – and much harder to get rid of him.

What do you think Y&R fans? Is Luca just using Summer or could there be real love happening here and softening the heart of master manipulator Luca? Do you think Summer and Luca moving in together is a good idea or bad? What’s next for these two?

Share your comments below and come back to Soap Opera Spy every day for more ‘The Young and The Restless’ spoilers, news and more.