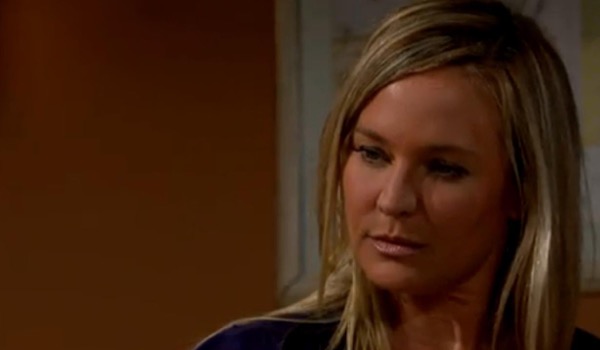 Sharon (Sharon Case) is arguably the poorest soul seen on ‘The Young and the Restless’. Few people, if any, could survive a bizarre baby-swap scheme and witness Sage (Kelly Sullivan) die on the side of the road without suffering any lasting mental injuries. However, if Sharon doesn’t regain control everything that she’s worked so hard to achieve could be lost.

Mariah (Camryn Grimes) needed someone to help handle her mother. Thankfully, Kevin (Greg Rikaart) interceded as the voice of reason. After walking into the cottage where his on-again, off-gain girlfriend was lying on the floor, Kevin quickly ascertained that something had gone terribly wrong. Mariah awoke and got him up to speed on her mom’s precarious situation. Then, ‘Keriah’ stealthy convinced Sharon to go to the hospital with them, under the pretense of having Mariah’s head wound checked.

After a doctor advised Sharon to maintain her medication schedule, Dylan (Steve Burton) arrived. Mariah covered for Sharon again, convincing her stepfather that a panic attack was the factor that necessitated his wife’s hospital bed. That point set Kevin off, after which Mariah told him that Sage wasn’t dead, at least in Sharon’s mind.

You Might Also Like —> Victor Holds Gun On Ian, Paul Arrives Arrests Both – Phyllis Turns to Jack, Billy Disheartened

After returning home within the same soapy episode of ‘The Young and the Restless’, Kevin confronted Sharon, urging her to do right by her husband and kids. Sharon reacted defensively, believing that Kevin was looking for some type of payoff. He shrugged off her Newman-esque question and appeared to convince the embattled soul that he simply wanted her to be well.

Devoted viewers of ‘The Young and the Restless’ know that Sharon’s fight to stay mentally healthy has been rough. Many who have been connected to the Newman clan have often come under attack. However, she’s been targeted far more than other perceived threats. While Sharon has made mistakes, some of which were criminal, she’s also endured the fury of Nick (Joshua Morrow), Vickie (Amelia Heinle), Nikki (Melody Thomas Scott) and Victor (Eric Braeden). Plus, there was the war with Phyllis (Gina Tognoni) over Nick and her dalliance with Adam (now played by Justin Hartley). Yet, she survived.

Sharon has been able to find sweet spots in life in the past. She did so by standing up to bullies and for herself. However, if she refuses to handle this current mental health scare her future will remain tenuous.