‘The Young and the Restless’ Spoilers: Runaway Faith Can’t Handle Pressure – Sharon and Nick Both To Blame 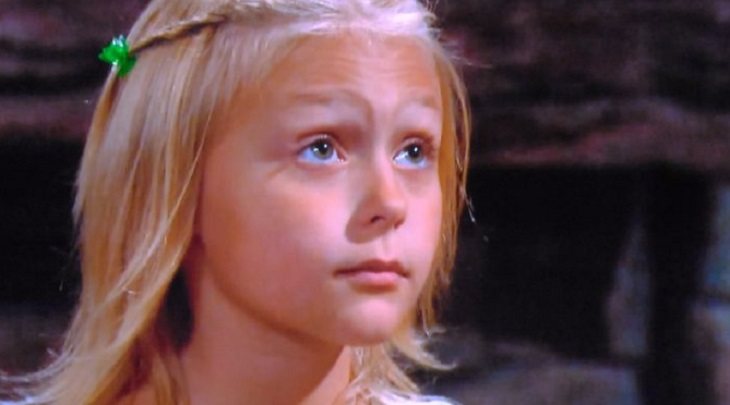 Alyvia Alyn Lind (Faith) has received plenty of screen time lately on ‘The Young and the Restless’, which makes sense because she’s a terrific child actor. Plus, her character has been key to various post-‘Shick’ battles.

Faith screamed at her parents after her successful school Christmas play ended. Nick was arguing with ‘Shylan’ about the aforementioned request when Faith spotted what was happening. She threw two colorful bouquets of flowers on the stage before later running off, much to ‘Niktor’s’ dismay.

This young lady has created various other incidents over time, but can hardly be called a troubled child. The unique oddness of this particular situation continues to be fueled by Sharon’s withholding of the Sully-is-actually-Christian (Jude and Ozzy McGuigen) secret from Nick. And Faith is just one of the fallout victims.

Nick surely is within his rights in choosing to deny ‘Shylan’ extra time over the holidays. But it’s also fair to say that the incredibly bad position Sharon put Nick into likely won’t allow him to experience a normal co-parenting relationship with his ex-wife again. She shattered his trust and that’s why he’s assumed a fully guarded stance.

Faith feels powerless, like most children who are impacted by the effects of irresponsible parent behavior. Because she’s an elementary school child, Faith also hasn’t developed the ability to handle a situation like this one. Thus her outburst is fully understandable.

So whatever side fans are supporting, be it Nick’s, Shylan’s or neither, one fact is clear. Interactions between the one-time power couple known as ‘Shick’ will remained strained, at best, well into 2017.

Nick and Sharon should minimize contact between themselves indefinitely. Dylan’s honorable decision to support his wife also means that he shouldn’t be overly involved with Nick either. While these realities won’t be ideal, they should prevent Faith from being party to ongoing confrontations moving forward.