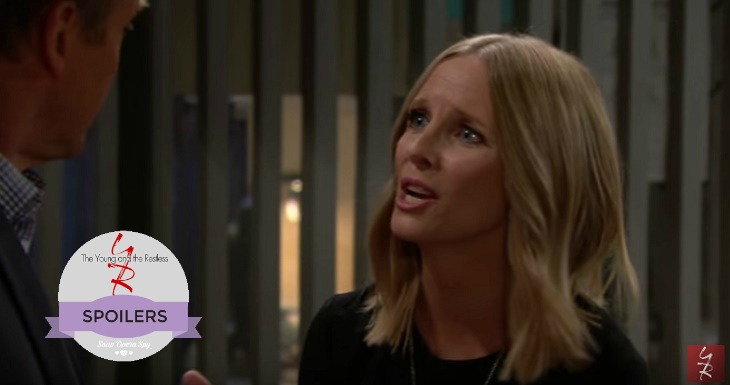 “The Young and the Restless” spoilers for Tuesday, December 20, tease that Faith (Alyvia Alyn Lind) will have some tearful moments in her room before making a bold move. Downstairs, Sharon (Sharon Case) feels guilty about fighting in front of Faith. Dylan (Steve Burton) suggests that Nick (Joshua Morrow) made things worse. He still feels like Sharon should have extra time with her daughter.

Meanwhile, Faith finds her backpack and heads out the window. At the ranch, Nick rants about Sharon causing trouble. He wants to get lawyers involved in their custody issues, but Victor (Eric Braeden) advises against it.

It would just make the situation more difficult for Faith. Nick doesn’t want Sharon to turn Faith against him. He decides he needs to go get her.

At the police station, Christine (Laralee Bell) and Paul (Doug Davidson) bicker about the case Dylan was assigned to. Chris notes that it’s dangerous, but Paul thinks Dylan is the best person for the job. He needs someone he trusts. Christine asks if Paul can really live with putting Dylan in harm’s way.

Later, Paul talks to Lauren (Tracey E. Bregman) about the struggles she’s facing at Fenmore’s. She tries to act like she was overreacting before, but Paul pushes her to open up. Lauren finally admits that it’s been tough, but she suggests they can get through it. Paul touches Lauren’s hand as Christine watches nearby.

After Lauren leaves, Paul tells Christine about the problems at Fenmore’s. Elsewhere, Jill (Jess Walton) asks Michael (Christian LeBlanc) for help. She shows him the lease and Michael thinks they have a good case. Jack (Peter Bergman) doesn’t have a reason to throw Brash and Sassy out. However, Michael notes that Jack will make the conditions miserable for them if they stay.

Talk turns to Lauren and Michael confesses that she’s worried about work. When Jill runs into Lauren later, she tries to pry some details out of her. Lauren wants Jill to mind her own business. She insists that Fenmore’s will be fine without Jill’s help. Unfortunately, “The Young and the Restless” spoilers hint that more drama is looming.

Lauren gets updates from the office and is visibly distressed. When she meets up with Michael, Paul and Christine for dinner, Lauren covers up her fears. Jill looks thoughtful as she watches Lauren put on a brave face. Back at Sharon’s place, Nick arrives for another confrontation. They’re interrupted by Dylan, who announces that Faith is missing.

Nick, Dylan and Sharon all head to the ranch. They reveal that Faith ran away and Victor orders someone to search the grounds. An argument breaks out, but Nikki urges everyone to search while she holds down the fort. After they look around, Nick and Dylan come back fighting. Nikki tells them to knock it off. 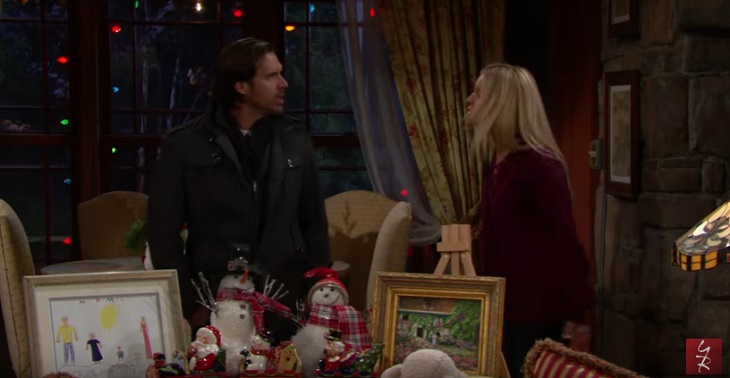 Victor finally locates Faith in the stable and phones the others with the news. Sharon shows up and is relieved. Faith says she doesn’t want to go back yet, so Victor stays with her for a chat. He assures Faith that she’s safe with her grandpa.

Back at the main house, Nick and Sharon wonder what they’re doing. They know they can’t go on like this and expect Faith to be happy. Y&R rumors hint that they’ll reach an agreement for the sake of their daughter. Stick with the CBS soap to see how their plan turns out.

WATCH: ‘The Bold and The Beautiful’ Preview Video Tuesday, December 20