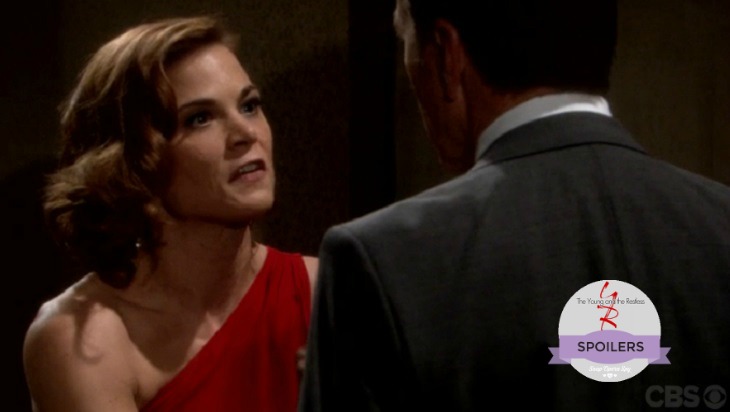 Phyllis (Gina Tognoni) should be preparing to celebrate Thanksgiving with the Abbott family on ‘The Young and the Restless’. But she won’t be doing that this year. Yes, the woman who was originally Victor’s (Eric Braeden) victim turned villainess in 2016 because she betrayed the man she claims to love.

She chose Billy (Jason Thompson)? That’s right Billy Abbott. And, that incredible back office decision was roundly rejected by the fans. Oh, some liked the mash-up. But hardcore devotees, or newer viewers with a sense of reason, knew that Phyllis didn’t fit with Billy at all. Not even a little bit.

Related: Thanksgiving Blessings Can Be Counted By Many Characters – Nick Tops The List

Burgess Jenkins was a good actor, but he and Tognoni didn’t evoke much chemistry during their time together on screen. The arrival of Thompson in January allowed a parallel dimension to be created. Jack was shifted to side character status and that didn’t make sense or match Y&R’s history.

Who knows how long ‘Philly’ would have carried on if it hadn’t been revealed. Yet doing so allowed Phyllis to wake up, albeit too late. Yes, Phyllis’ now-ex-husband has allowed her to remain at Jabot. But he agreed to that condition in order to avoid a fierce divorce battle that could have given ‘Red’ part of John Abbott’s (Jerry Douglas) legacy.

Later this week, while Jack’s at the cabin imagining Phyllis and Billy cavorting together, Phyllis will be somewhere in Genoa City. Maybe she’ll work on Thanksgiving and eat canned turkey soup in her closet office. With whatever happens, she’ll only have herself to blame as she considers the possibility that her life with Jack might actually be over. Actions have short- and long-term consequences, as Phyllis Summers knows all too well.