‘The Young And The Restless’ Spoilers: Nikki Voluntarily Breaks Law To Help Victor – Dysfunctional ‘Niktor’ At It Again 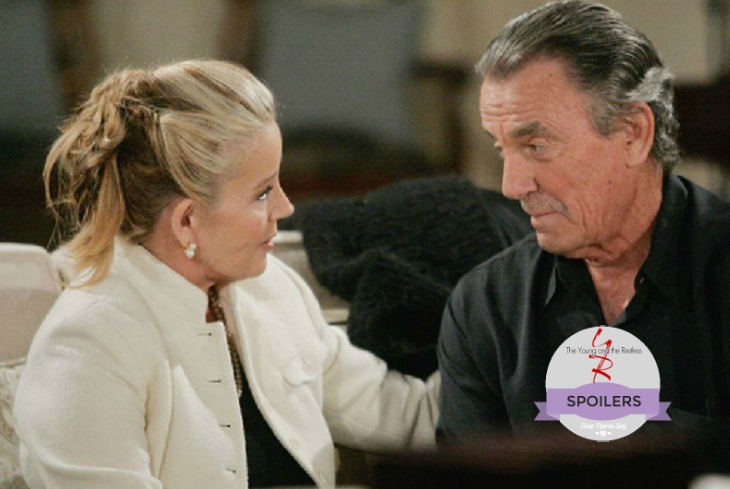 Fans of ‘The Young and the Restless’ surely know dysfunctional couples in their real lives. Spouses and other more casual pairings who enable the bad, or law-breaking, behavior of their so-called true loves and then either lie, or rationalize everything in public when caught. To the point at hand, ‘Niktor’ cares about ‘Niktor’, not justice. And, that’s the same as it’s always been on Y&R.

When asked by Victor (Eric Braden), Nikki (Melody Thomas Scott) instantly agreed to help her multiple time husband obstruct justice. She went to Chelsea’s (Melissa Claire Egan) penthouse suite and gave her a cell phone that could be used to contact Adam (Justin Hartley), who was on the lam. Later, Nikki openly lied to Dylan (Steve Burton), her son and an officer of the law, and Nick (Joshua Morrow) in order to protect Victor and his latest scheme on ‘The Young and the Restless’.

Messy people pairings create consistent trouble for all who surround them. This happens because egotists are self-involved. Match two people who think highly of themselves and their corners of the world will quickly become littered with innocent emotional victims.

Related: Who Was The Best Adam Newman – Justin Hartley or Michael Muhney? VOTE!

Nikki and Victor loudly announce when they’re together and when they’re apart. They do so because they truly believe that everyone is deeply interested in the travails of their personal lives. How about Vickie (Amelia Heinle), Nick, Abby (Melissa Ordway), Adam, Dylan, their families and whatever other children exist that fans don’t yet know about? Yes, all of those lives matter and should never be manipulated by these ‘mature’ adults on ‘The Young and the Restless’.

‘Niktor’ actually doesn’t deserve the title of power couple. Abusing power makes these two people a childish duo at best. But, until lasting consequences are forced upon them and then held, there’s no logical reason to believe that ‘Niktor’ will change. Of course, the above refrain is sung by all who delve far too deeply into daytime. For all others, Scott and Braeden offer consistently delightful entertainment and provide lessons for loyal fans to use in the real world, when necessary.

‘General Hospital’ Spoilers: Still Hope For Olivia And Ned Coupling, Olivia Gets Another Chance At Love When Wally Kurth Returns To ‘GH?’