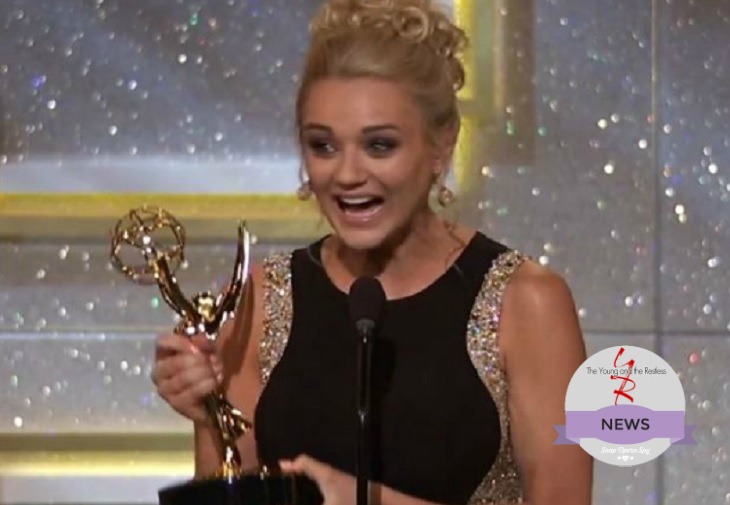 Hunter King joined the cast of ‘The Young and the Restless’ in 2012. At 22, she’s already achieved what many aspiring actors never will, success on a major stage. That fact, along with King’s consistent efforts, allow her to be embraced by all appreciative fans.

Show business naturally elicits spirited comments due to its public nature. In King’s instance, she’s born the brunt of various campaigns that were based in personal emotion. While acknowledging that segment of the audience exists and granting that fans always have the right to express opinions, unless they’re slanderous or unseemly, it’s worthwhile to state the facts about this particular cast member of ‘The Young and the Restless’.

Related: Who Was The Best Adam Newman – Justin Hartley or Michael Muhney? VOTE!

CBS announced in June that King would become a series regular on its nighttime comedy ‘Life in Pieces’. As a result of that time commitment, King’s status on Y&R was changed from a contract player (a regular cast member) to recurring status (a part-time player). Due to her filming schedule at LIP, she’ll have less time to devote to Y&R, but isn’t leaving. That back office decision confirms that King’s ongoing contributions are valued.

Those who advance in various fields of work face critique. Sometimes others attempt to belittle an achiever because she (or he) had doors opened through family connections. In King’s case, being attractive leads to stereotypical knee-jerk reactions that she can’t possibly be intelligent. Many go-getters also bear subjective backlashes. People who know that they can’t deny achievement instead attempt to denigrate by skewing reality.

King has worked through two major arcs in recent years. Her collaboration with Matthew Atkinson (Austin Travers) produced a memorable outcome. It was that specific storyline on ‘The Young and the Restless‘ that demonstrated King had acting chops.

Now, in 2016, she’s combined with Miles Gaston Villanueva (Luca) to create a second relationship story. She’s projected a nuanced version of Summer, who matured through her experience with Austin. The build up and climax to this story was also played sharply.

Soap opera fans are a passionate group. This evolving mix is mostly filled with individuals who value the type of escapist entertainment this genre provides in the modern world. All considerate loyalists know that King, and many other fine actors like her, have worked hard to develop unique talent. Those observers support daytime stars and wish them well in all other endeavors.

‘General Hospital’ Spoilers: Still Hope For Olivia And Ned Coupling, Olivia Gets Another Chance At Love When Wally Kurth Returns To ‘GH?’