‘The Young And The Restless’ Spoilers: Melissa Claire Egan And Joshua Morrow Put To The Test – Chelsea And Nick Bond Over Adam, Is ‘Chick’ Happening? 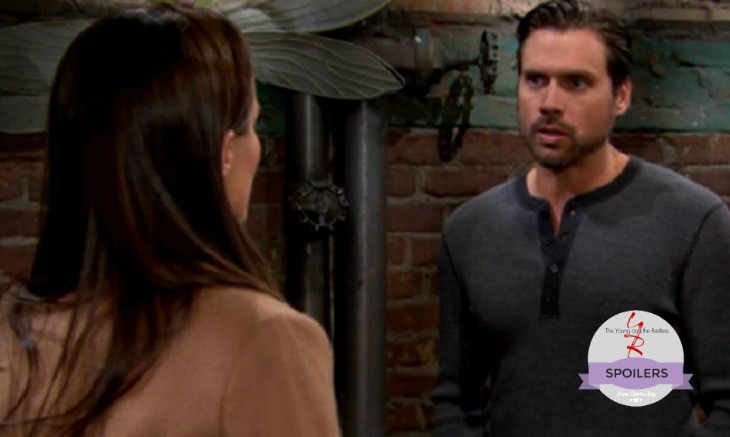 Adam Newman’s (Justin Hartley) perceived death on ‘The Young and the Restless’ creates various character consequences. One outcome, that was foreshadowed this summer, pairs Chelsea (Melissa Claire Egan) with Nick (Joshua Morrow). While both actors have solid soap chops, chemistry between their characters can’t be assumed as certain.

Adam basically gave Nick his blessing earlier this month. When the brothers met in Walworth Prison Adam asked Nick to look out for his son. At the time, Victor, Junior expected to remain in prison indefinitely. But, his orchestrated escape and subsequent demise changed Nick’s charge in an unexpected fashion.

With Adam believed to be dead, Chelsea will surely need someone to lean on. Who better than Nick? He’s a standup guy and will follow through on his promise to be a consistent presence in Connor’s (Gunner and Ryder Gadbois) life. But, will the fans accept Chelsea and Nick evolving into a romantic pair?

Of course it’s not certain that ‘Chick’ will form. But, unless ‘The Young and the Restless’ has plans to bring Adam back from the dead sooner than expected, a major plot line will be put in place for Morrow and Egan to handle. Nick, the grieving widower, and Chelsea, a second-time widow. Their emotional vulnerability creates an opportunity match.

Hartley earned high praise for his terrific performance as Adam during the past two years. He agreed to replace Michael Muhney, who masterfully portrayed this character from 2009-2014, and then made the crucial part into his own. The nuanced space that Hartley drove the character to enabled a different view of ‘Chadam’, which discerning viewers widely accepted.

Morrow and Kelly Sullivan (Sage) didn’t have enough time to see where their ‘Sick’ power couple could go. Now, Morrow and Egan have been asked to create a scenario that fans know was likely (or, almost certainly) caused by Hartley’s voluntary departure. Y&R’s devotees will surely offer their takes on their early results. Yes, both actors and the show need to deliver a strong result.

‘The Young and the Restless’ News: Goodbye To Justin Hartley As Adam Newman, A Look Back At Hartley’s Greatest Scenes – Photo Tribute