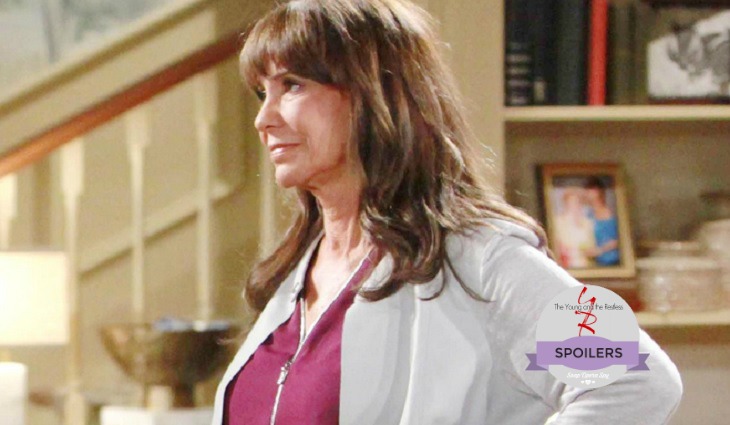 Billy has put Vickie through the ringer on countless occasions. And, ‘Villy’ doesn’t have a chance at reconciliation as long as ‘Philly’ is in vogue. Jill knows that her son and ex-daugher-in-law share a mutual love for their children, but haven’t been able to find their way back to each other romantically. That’s why Travis’ appearance in Genoa City serves to complicate matters indefinitely.

Two battles are being fought right now by General Jill on ‘The Young and the Restless’. She’s using the threat of exposure to blackmail Phyllis (Gina Tognoni) into remaining away from Billy. Separately, she continues to push Brash and Sassy’s lead management team into recurring interactions. The hope is that proximity will stir hearts and old feelings will be rediscovered.

Billy and Victoria haven’t taken the bait thus far. They’re well aware of what Jill is doing. Yet, each person has both eyes set on another. So, whatever fond memories exist aren’t enough to revive faded feelings.

Mama bear’s intentions are sincere. She wants her grandchildren to regain the security of having both parents live under the same roof. Traditional two-parent households have been lambasted by so-called enlightened minds like Jill’s. But, she’s thinking of her own flesh-and-blood, so personal preference comes into play this time.

Devoted fans of ‘The Young and the Restless’ recall that Jill took advantage of John Abbott (Jerry Douglas) in the 1990’s. Soap time re-imagines that so-called romantic event as more than 30 years ago. Regardless of when it happened, Billy’s origination wasn’t honest. All these years later that baby is now a man whose predisposition for amorous adventure has clearly been inherited from his mother. Contrast that truth to Travis’ apparent demeanor and Jill’s plans have been disrupted.