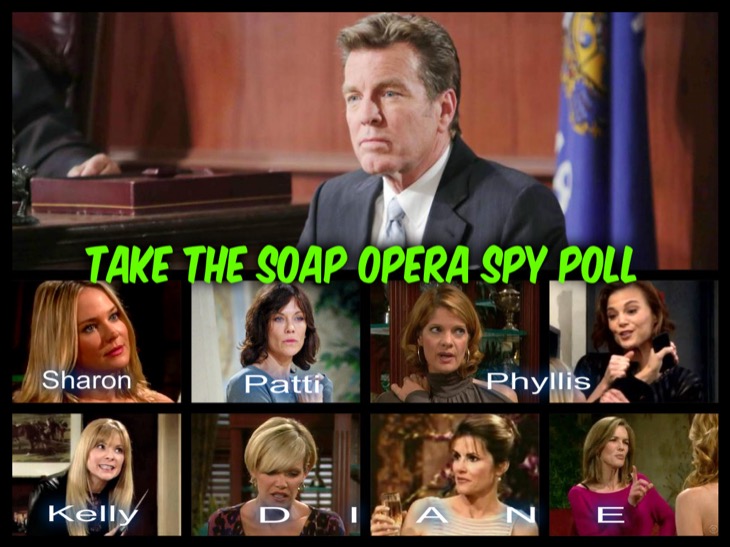 “The Young and the Restless” viewers know that Jack (Peter Bergman) has had to deal with his fair share of wild women over the years. It seems like Jack always ends up someone who has a nutty side. Let’s take a look at some of Jack’s love interests and try to figure out which one is the craziest.

First, we have Jack’s current wife. He loves Phyllis’ (Gina Tognoni) fiery personality, but her history is downright criminal! Blackmailing, drugging, falsifying paternity tests…you name it, Phyllis has done it. She’s even attempted murder in the past.

Of course, Phyllis has been involved in a steamy love affair over the last few months. Adultery is terrible, but you might not think of it as crazy. However, sleeping with your husband’s brother is a different story!

Phyllis is insane to take that kind of risk, but it’s certainly entertaining. Once Phyllis and Billy’s (Jason Thompson) tryst is exposed, things should get crazier than ever. Diane (Maura West) was another looney love interest for Jack. She was right up there with Phyllis in terms of twisted plots.

Scheming was Diane’s specialty and it landed her in hot water on more than one occasion. She tried to steal Victor’s (Eric Braeden) sperm, but her plan was foiled. Diane ended up pregnant with Jack’s baby instead and that led to plenty of clashing with Phyllis. Jack was forced to put up with their intense conflict for a while.

Sharon (Sharon Case) has caused plenty of drama during her time on “The Young and the Restless.” She’s been involved in cover-ups, murder investigations, fraud, assaults and the infamous arson at the Newman ranch. Sharon continues to stir up trouble by refusing to come clean about Sully’s true identity.

“The Young and the Restless” fans will also want to take Patty (Stacy Haiduk) into consideration for the craziest title. She’s a little trigger happy when it comes to guns. Jack was shot several times by Patty and Victor took a few bullets once as well.

“Pattycakes” has impersonated other people in various scams and her riddles are beyond strange. It appears she even killed Dr. Anderson (Elizabeth Bogush). Crazy Patty is a character that Y&R viewers will never forget. She’s always full of surprises when she pops up.

So Y&R fans, which one of Jack’s love interests is the craziest? Vote for your pick in our poll. We’ll give you updates as more news emerges on Jack’s future romances. Stay tuned and don’t forget to check Young and the Restless spoilers, rumors, updates and news.

‘This is Us’ Season 1 Spoilers : Mandy Moore and Milo Ventimiglia Dish On Fan Response To Highly Anticipated NBC Drama