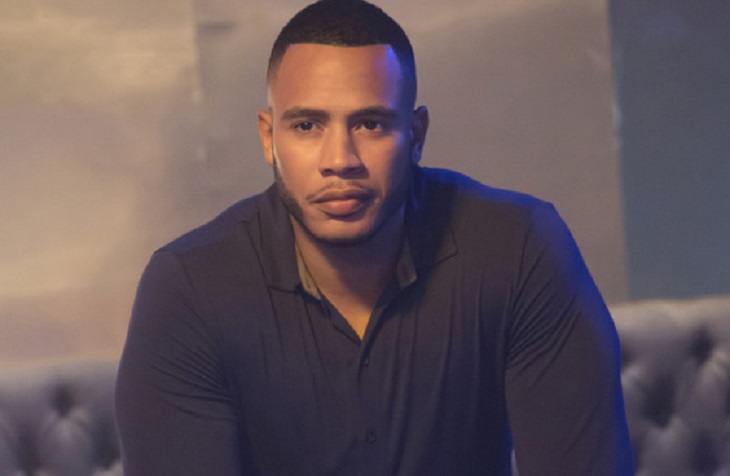 Empire star Trai Byers has been at the center of plenty of gossip and rumors, especially in recent months. Sometimes, like most popular shows, there is drama and conflict among the actors, and it ends up being “breaking news”.

Trai Byers, portrays Andre “Dre” Lyon, the oldest son of Empire’s power couple, Lucious (Terrence Howard) and Cookie (Taraji P. Henson) Lyon. Andre is trying to find where he fits in the music world. He is not a musician nor have any real musical talent; which puts him lower on the totem pole with his father. Not only is the lack of talent an issue; when it came out that Dre was bipolar, his father viewed him as weak.

Empire’s Lucious couldn’t separate his living as a child with a mother who was out of control a lot of the time, and how with the proper medication and counseling, Dre could live a strong and good life. Lucious was so embarrassed about his mother’s mental illness, that he just let his family and the world believe she had died when he was very young.

This past March, rumors ran wild that Trai Byers was so unhappy with his storyline, that he wanted to leave the series. Trai denied all rumors, telling Entertainment Weekly “Andre is a very complicated character. And my approach is complicated as well. The character is going through spirituality, trying to find his identity. How do we get to the truth but still keep it interesting and still fit into the world of Empire?”

Fans of Fox’s Empire have seen that each season focused on one of Lucious and Cookie’s sons. Season One had a lot to do with Jamal Lyon’s (Jussie Smollett) sexuality, and how it really didn’t have anything to do with his talents. Jamal broke free of his father’s control and insistence that he kept the fact that he was gay a secret. Not only did Jamal reveal it to the world, his music soared along with his fame.

Season Two, was about Hakeem Lyon (Bryshere Yazz Gray). Not just his rise in the music industry, but also about his love for very different women. There was Camilla Marks (Naomi Campbell), who was clearly the one trying to control his every move in the company and with his family. What about his affair with Lucious’ ex-fiancee, Anika Calhoun (Grace Gealey Byers)? Anika is pregnant with Hakeem’s child but we see Hakeem choose rising star Laura Calleros (Jamila Velazquez) to be his wife.

After Hakeem and Laura’s wedding was cancelled due to a fight that erupted during the ceremony, Lucious had to marry Anika to prevent her from testifying against him. This left Cookie broken-hearted, and we can be sure there will be consequences for that. Empire’s Season 2 finale was a major cliffhanger.

When Andre went to retrieve Anika for his father, he walked onto the balcony where Andre’s wife, Rhonda (Kaitlin Doubleday) and Anika were physically fighting. We have no idea who fell off the balcony, but you can be sure that Andre will struggle with the outcome either way.

It looks like Season Three is going to be more about Andre and his journey, especially when he finds out that it was Anika that caused Rhonda to fall down those stairs and miscarry his baby. Trai Byers’ comments on the new season, “I’m loving these scripts. I love what we’ve done before, but I just feel like we’ve already upped it a few notches. We have to step up our game every season, and this season we really, really do.”

Be sure to tune into FOX on September 21 at 9 p.m. when Empire’s Season 3 premieres!