‘The Young And The Restless’ Spoilers: Hilary Refuses Treatment, Dr. Neville Panics – Will She Die? 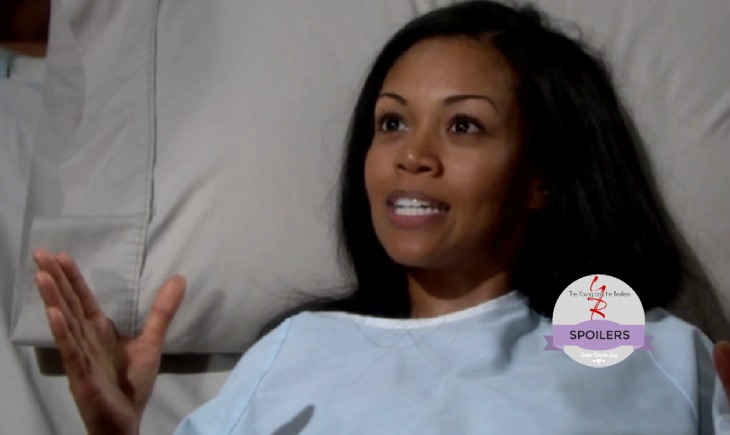 The Young and the Restless (Y&R) spoilers tease that Hilary Hamilton (Mishael Morgan) could face a serious health setback when the drugs Dr Neville (Michael E. Knight) used to bring her out of the coma may have failed. It’s a nightmare for all involved, and worst of all—Hilary refuses to believe that her life could be on the line.

Hilary refuses to believe that she is sick and choose to think that it will all work out for the best. Hilary declined to listen when Ashley Abbott (Eileen Davidson) and Dr Neville tried to convince her otherwise. The billionaire’s wife honestly thinks that the brilliant doctor can fix whatever is wrong with her, and brushes off that she could die.

As for Dr Neville, he is freaking out. He learns that TWO patients have had a relapse, and he suspects that Hilary is NEXT.  His biggest worry is that Ashley could face a relapse, and he’d lose not only his lab partner but BFF.

The Y&R spoilers tease that when Hilary faints she begins to take notice and starts to panic a bit by her health declining. She worries that she could lose everything, and could even die. Now, CBS Soaps In Depth reports you should expect her to check into the hospital for treatment anytime soon, though.

“She is worried that if she takes time out for treatment, people will view that as weak. She worries the public will see that as something she can’t recover from, and find a way to trash the project. That is something Hilary is not willing to risk,” Morgan explains.

When Hilary misses a checkup at the doctor’s office, she mostly puts her life on the line. It’s apparent that she is not well, and only a matter of time before she slips into another coma and this time may not be able to come out of it as well.

Related: Is Elizabeth Hendrickson Returning As Chloe, With Kevin Or Billy’s Baby?

“Hilary refuses to check in to the hospital for treatment, because in her mind, that is time away from her projects. The time that she could have been doing something productive. Ultimately, she is worried about wasting her life, and not making a different,” Mishael revealed.

‘The Young And The Restless’ Spoilers: Jack Catches Phyllis And Billy Having A Passionate Moment – Truth Finally Comes Out

‘The Young And The Restless’ News: Michael E. Knight OUT At ‘Y&R!’