‘The Young And The Restless’ Spoilers: Jack Catches Phyllis And Billy Having A Passionate Moment – Truth Finally Comes Out 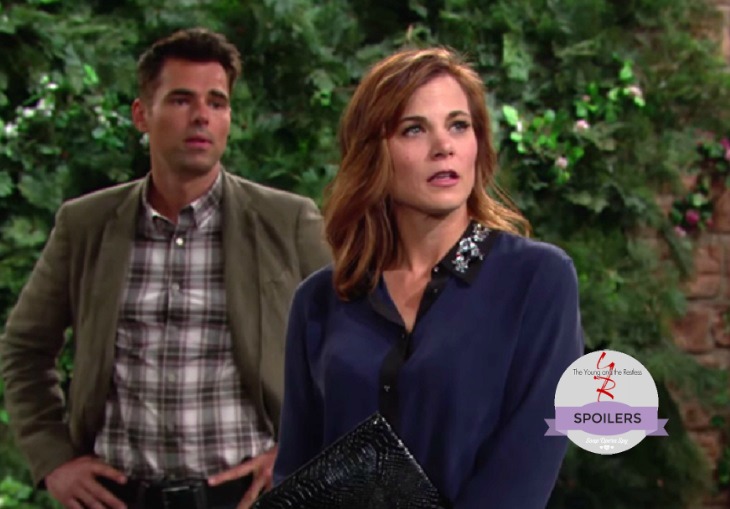 The Young and the Restless (Y&R) spoilers tease a shakeup is in the works for Billy (Jason Thompson), Phyllis (Gina Tognoni), and Jack (Peter Bergman) Abbott. Phyllis cannot keep her paws off Billy boy, and it looks like she’s ready to tell Jack about her affair. Expect fireworks, and an old fashions bar brawl when it all comes out.

CBS Soaps In Depth reports that next week, Billy will be gung-ho about causing trouble between Phyllis and Billy. He thinks that it’s time to be honest even if it destroys their family because the lie is becoming evident. Before long. Jack will figure it out anyway, so it may be wise just to admit they are madly in love.

“Billy does feel guilty about Jack, but his desire for Phyllis was so much more powerful. Billy believes it’s something that they need to explore. He wants Phyllis to be honest about their relationship. Figuring that he’ll be able to deal with whatever happens including the consequences of their love,” Jason Thompson dishes.

Right now, when Phyllis sees Billy, she gets weak in the knees.  It’s written all over her face—she can’t really hide it, anymore. Phyllis believes that the root of their attraction to each other is the mutual hatred towards Victor Newman (Eric Braeden). Over time, they may prove that theory to be completely false.

“Ever since the Marco incident, Phyllis and Jack have not been on the same page. Jack wants nothing more than to move on whole Phyllis cannot let go of her anger. She does not take lightly that the one person who can provide her with emotional support is her husband’s younger brother. Billy and Phyllis have a connection to each other, and can talk openly with each other with no judgements,” Gina Tognoni reveals.

The Young and the Restless spoilers tease that Billy is coming to the realization that he loves Phyllis, but knows that she isn’t ready to give in and hurt Jack just yet. She told Billy that she cannot tell her husband about their affair because it will break his heart. Phyllis feels completely conflicted.

Related: Is Elizabeth Hendrickson Returning As Chloe, With Kevin Or Billy’s Baby?

They are forced to admit their feelings when they are busted by Jack in a moment of passion. Phyllis and Billy are in the middle of yet another steamy make-out session [at the Chancellor Mansion] when there is a knock on the door—it’s Jack!

They are forced to admit their feelings for each other, and Jack’s reaction will be explosive. How will Jack react when he learns not only of his wife’s betrayal but his brother? Stick with Soap Opera Spy for all your the Young and the Restless spoilers, news, and updates.

‘Nashville’ RENEWED For Season 5: Deal Reached – Will Broadcast On CMT And Stream on HULU

‘The Young And The Restless’ Spoilers: Hilary Refuses Treatment, Dr. Neville Panics – Will She Die?

The Young And Restless Spoilers: ‘Skyle’ And ‘Phick’ Double…