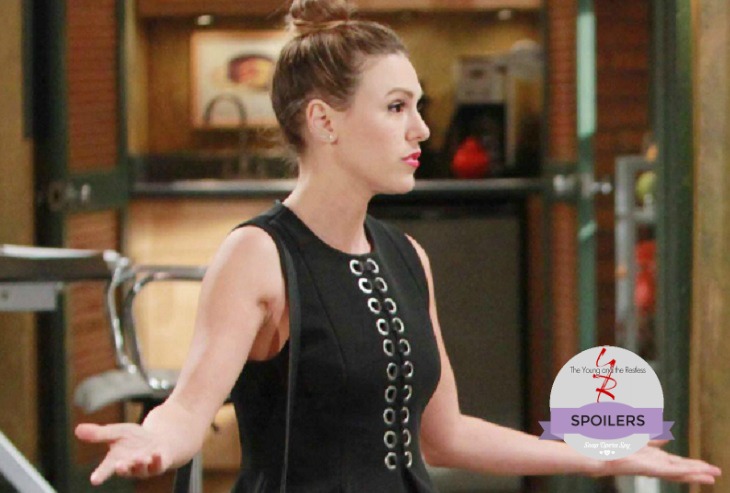 Victor (Eric Braeden) had to hand it to Chloe (Elizabeth Hendrickson) on ‘The Young and the Restless’. After acknowledging that she hadn’t burned Sage’s (Kelly Sullivan) diary pages, Chloe walked over to Victor’s portrait in the executive suite. With the Moustache watching her, both in reality and through oil painted eyes, Chloe reached behind the painting and pulled out an envelope where the evidence was stored. And, in so doing Bella (Cali May Kinder) remains safe for now.

An earlier scene with Chelsea (Melissa Claire Egan), along with her overall stay in the penthouse, convinced Chloe that it was time to end her games. She then chose to go to Newman Towers, without permission, and hide in Victor’s office until the great man was alone. She then appeared and relented, which allowed the plot to flow on ‘The Young and the Restless’.

Adam’s (Justin Hartley) flash-forward nightmares telegraphed a furthering of this arc as well. His imagined dreams of a future, where he remained behind bars for decades, lost his wife and father in the process, and then was released 10 years early, reflected the feelings of a tortured man. But now that Victor finally possess the needed evidence, he’ll be able to engineer his son’s freedom. However, a fall guy, or gal, must be found to pin the pages on, which would then lift the frame that sent Adam to prison.

Luca (Miles Gaston Villanueva) is the most likely suspect that Victor will target in this instance. He hasn’t trusted the Santori heir since he arrived in Genoa City. Then, he subsequently refused to leave town after Victor forcibly returned the Santori family loan he’d requested. Coupled with that bad business dealing is ‘Suca’s’ pending wedding. Thus, Luca’s setup seems plausible as the next step in this evolving arc on ‘The Young and the Restless’.

As for Chloe, she needs to hope that Victor doesn’t decide to retaliate for making him wait. Yes, leverage still appears to exist on Chloe’s side, as Victor surely wants to avoid risking a return to Walworth. But, what’s true today often doesn’t hold true tomorrow in the Newman world. So, at least for the moment, Bella will stay by her mother’s side.