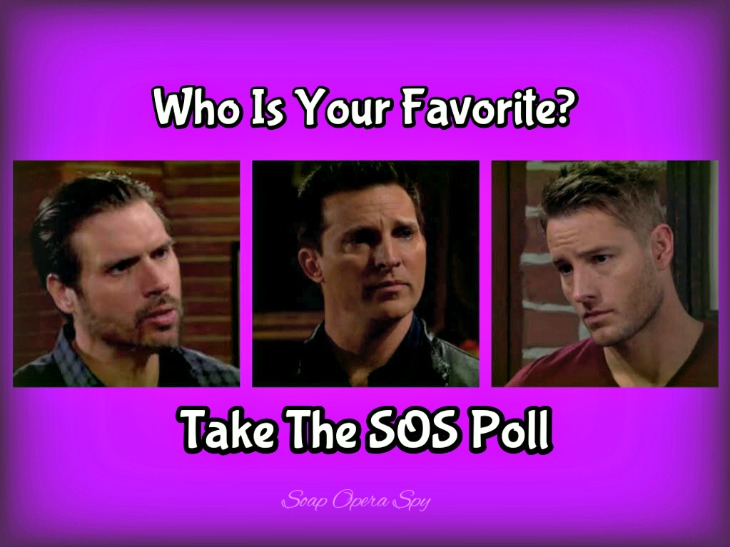 “The Young and the Restless” features plenty of characters on a daily basis, but there are some that Y&R fans love more than others. Let’s look at three leading males and discuss what we like about them. Do you prefer Adam (Justin Hartley), Nick (Joshua Morrow) or Dylan (Steve Burton)? Consider the options and vote for your favorite!

Adam is a pretty unique character. He does a lot of terrible things, but somehow remains so lovable. That’s probably because Adam has a good heart to go along with his scheming brain. Adam acts impulsively and he’s made many mistakes, but he truly wants to be a better person. The goal is there. It’s the execution that gives Adam some trouble.

Then again, Adam’s mischief could arguably be a positive element to his character. He stirs up fantastic drama through his blunders. The constant push and pull with Victor (Eric Braeden) is always entertaining to watch. Of course, it doesn’t hurt that Justin Hartley is gorgeous. Why wouldn’t we want to see Adam doing anything and everything?

Next, we have Nick. If we were giving out yearbook superlatives, Nick would definitely be a contender for “Best All-Around.” He’s a stand-up guy who always protects those he loves. Nick understands the importance of family. That might be the one decent thing Victor instilled in Nick.

Nick certainly does a better job of showing his love than his father does. He’s his own man and he tries to do what’s right. Nick is a staple on “The Young and the Restless.” There’s a sense of comfort that comes with seeing the same actor in a role for years. Joshua Morrow does a great job of bringing this character to life. He’s a very talented, good-looking individual.

Dylan is another kind and dependable character. If you need a hero, put Dylan on speed dial. “The Young and the Restless” likes to use Dylan as the Superman of Genoa City. Dylan has stepped up to help more times than we can count.

We appreciate Dylan’s sweet nature and gratitude for his loved ones. Even though we’re heading into drama that could tear Dylan’s world apart, it’s been fun to see him as a dad. Whether Dylan is finding clues or changing diapers, he gives it 100 percent. The handsome Steve Burton is well-suited to the role.

‘General Hospital’ POLL: Who Is the Better Parent for GH Avery? Sonny or Ava? VOTE!