‘General Hospital’ POLL: Who Is the Better Parent for GH Avery? Sonny or Ava? VOTE! 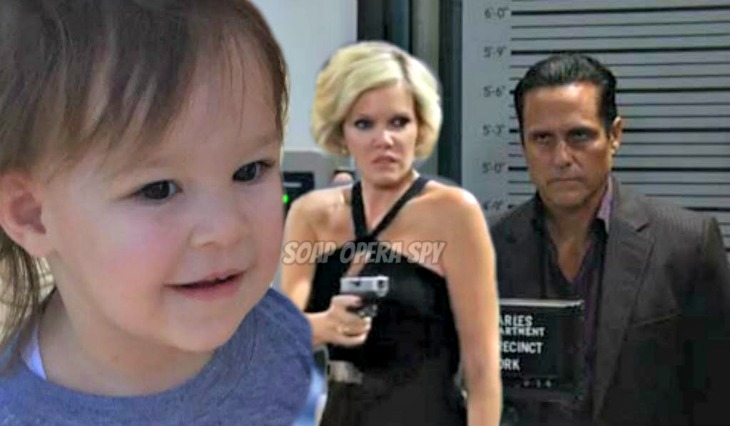 ‘General Hospital’ (GH) spoilers for May Sweeps reveal we’ll finally see an end to the bitter, long-running custody battle between Sonny Corinthos [Maurice Benard] and Ava Jerome [Maura West] and the outcome is surprising. What do you think? Who is the better parent?

Read the Ava vs. Sonny evidence and then vote in the POLL!

Both are stone cold killers

Many GH fans come down hard on Ava for being a killer but let’s not forget that Sonny is too. Ava killed Connie Falconeri in cold blood, but that was to protect her brother Julian Jerome [William deVry]. Sonny shot his adoptive son’s dad AJ in a fit of rage and has an overall kill count higher than Ava. On this point, one is no better than the other…

Both have been estranged from their older children

Both Ava and Sonny have had estranged relations with their other children at one time. Sonny was on the outs with Michael Quartermaine [Chad Duell] over the AJ incident and Morgan Corinthos [Bryan Craig] rejected his dad many times. Similarly, Ava saw Kiki Jerome [Hayley Erin] cut her loose in anger. But now both are on good terms with their kids.

Both have been mob bosses

Sonny likes to express outrage at Ava’s lifestyle putting Ava in danger, but Ava is retired. She didn’t want to be part of the gun-running while Sonny insists on staying in the cartel and told Carly Corinthos [Laura Wright] that he would not retire. Doesn’t seem like either Sonny or Ava can talk about mob lifestyles as a factor because they are both guilty.

Both are liars when they need to be

Ava lies at the drop of a hat when it serves her purposes – so does Sonny. He tells Carly to stay out of his business and lied to his family about the wheelchair. Consider that Ava lied to Kiki most of her life about her father. Both have lied to countless others in and outside of their family when it served their purposes. Neither can throw stones on this.

Other factors are that both have been to prison for heinous crimes, both have escaped true justice for these crimes and both have had sketchy personal relationships. The one place Ava has Sonny beat is that she hasn’t been married a gazillion times and didn’t shoot a spouse in the head like Sonny did with Carly. But clearly she’s no peach either.

Interestingly, despite the evidence that Sonny and Ava are pretty much equal opportunity offenders, GH fans seem to come down mostly on the side of Sonny as the better parent. Is Ava being judged more harshly because she’s a woman and we expect her to be gentler? Is that fair? It seems like Sonny and Ava are different sides of the same troubled and violent coin.

So who should get baby Avery in the custody battle? Is Ava or Sonny the better parent? Vote in the POLL!

Be sure to share your comments below and check back with Soap Opera Spy often for more ‘General Hospital’ spoilers, news and POLLS.

‘General Hospital’ POLL: 5 Reasons Liz and Franco Belong Together – Do You Agree? VOTE!