‘The Young And The Restless’ Poll: Should Billy And Victoria Get Another Shot At Love? Vote Now! 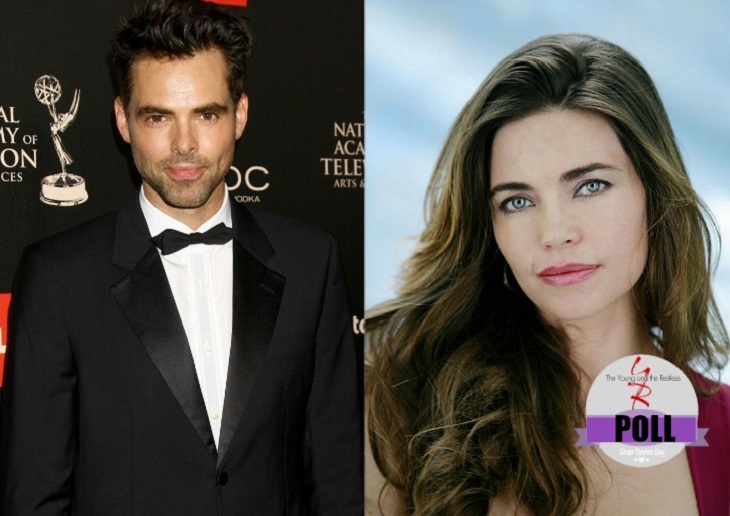 ‘The Young and The Restless’ (Y&R) spoilers tease that Billy Abbott’s [Jason Thompson] near-death accident may have been the best thing to ever happen to Billy Boy. Will he and Victoria Newman [Amelia Heinle] now have a new shot at love?

It was Billy’s vagaries that drove Victoria away from him – the drinking, the gambling, the being a consistent ne’er do well as a human being – but will Billy turn over a new leaf now that he got a fresh chance at life?

One of the things that has haunted Billy so much in recent months was revisiting the death of his daughter Delia thanks to the trial of Adam Newman [Justin Hartley]. Reliving her accident seemed to send him on a downward spiral that alienated him from everyone in his life.

When Billy acknowledged on the stand that it was his fault, something in him seemed to snap and he even admitted later to Jack Abbott [Peter Bergman] that he was thinking of ending it all. While Billy wasn’t actively trying to kill himself, he was headed down a road to an almost certain demise.

Related: Adam Kidnapped – Who Has Him and What Will it Take to Get Him Back?

But now with Delia visiting him in spirit and telling him she was fine and with Katherine, she freed him to go back to his life without feeling guilty about her anymore. Then Billy woke as a new man – literally and figuratively.

It seems like Billy is ready to make a new start in life and love – with Victoria and their kids. But is Victoria open to this? She was ready to kick him to the curb over Christmas but now seeing Billy on his deathbed, she’s been shaken to the core.

Kicking him down the street to the GCAC was one thing – losing him for good is quite another. It also meant something that it was Victoria’s voice that summoned Billy out of his coma – and that his first spoken word was her name.

But just because Billy wakes determined to do better and Victoria wants to make things work doesn’t mean they won’t face many obstacles. After all, Victoria’s dad Victor Newman [Eric Braeden] stole Billy’s deal with Kevin Fisher [Greg Rikaart] while Billy was on his deathbed.

That’s going to be a huge issue since Victoria is such a daddy’s girl. Jack, though, seems like he’s ready to welcome Billy back to Jabot and will be more supportive, so career may be one less source of strife as Billy struggles to get back to his life and he and Victoria try to find their way back to love.

What do you think Y&R fans? Are you hoping that Billy comes out of this and right back into Victoria’s arms? Do you think they are destined to be together? If not with Victoria, who would you like to see Billy paired up with?

Share your thoughts in the comments below and come back to Soap Opera Spy often for more ‘The Young and The Restless’ spoilers.

Get Exclusive The Young And The Restless Poll News & Updates!

“Days of Our Lives” Poll: Which Ex-Husband Does Belle Belong With – Philip Or Shawn? Vote Now!