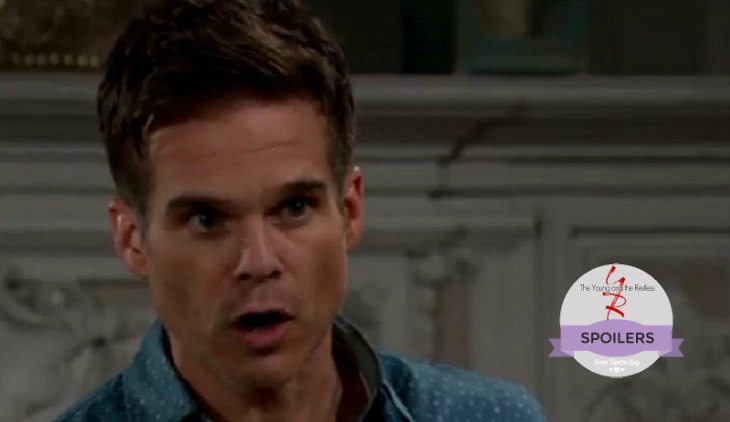 We have all recently witnessed on “The Young and the Restless” Kevin Fisher (Greg Rikaart) taking a paternity test to see if the daughter of Chloe Mitchell (Elizabeth Hendrickson) belongs to him.

The paternity test revealed that Kevin was not the father, but that didn’t stop Kevin from trying to find out the true paternity. He is certainly not buying Chloe’s story of who the father is.

Greg Rikaart recently had a quick chat with Michael Fairman and it was brought up about how he felt on Elizabeth’s return, he replied with “Liz is back, and she looks better then ever, and we have a story together. It involves the two of us and there is some “revealing” things coming up, but I am going to leave it at that.” So does it seem like Greg is hinting a reveal?

Y&R fans have all been eagerly waiting for the truth to surface about Chloe’s daughter Bella (Cali May Kinder) and who her biological father is. With Greg using the word “revealing” hopefully that means it is soon to come.

When it was said to Greg that Kevin always seems to have a penchant for the gals who are a bit off-center he says, “Yes, she’s (Chloe) nuts, but Kevin likes a little battiness in his ladies.” Chloe definitely has some issues and that is putting it nicely.

It was very obvious to all the Y&R viewers that Chloe’s stay at the mental facility was cut very short. She needed to be there much longer and she certainly needs more help.

When talked about Kevin coming on as the bad boy and then later it being revealed that he was the brother of Michael Baldwin (Christian LeBlanc), Greg replies “That’s the moments where all the other moments were allowed to happen, because Kevin was supposed to just come in and go, and then we took that turn in the story where Kevin suddenly had family that gave the character some legs and kept him around.”

So do you Y&R fans enjoy the character of Kevin Fisher? His quirkiness really adds to the show and the GCPD definitely need him around to help solve cases.

‘The Young And The Restless’ Rumors: Is Stacy Haiduk Headed Back To Genoa City As Patty Williams?