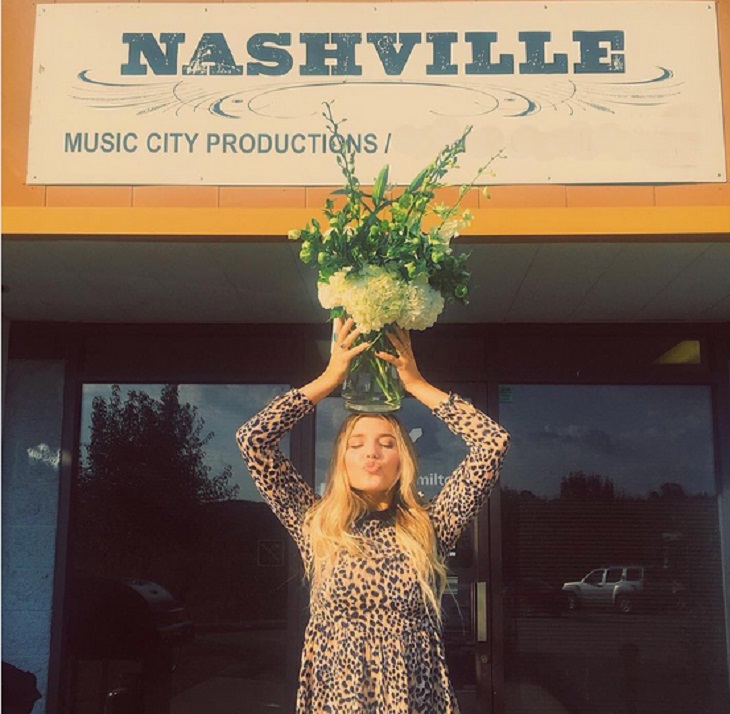 ‘Nashville’ spoilers for Season 5 include word from stars Charles Esten [Deacon Claybourne], and the sister duet Lennon Stella [Maddie Conrad] and Maisy Stella [Daphne Conrad] that production has already begun. The stars shared photos of the drama’s first table read as well as other pics from the set on CMT.

Esten shared a video on his official Facebook page. The actor is in hair and makeup ready for the professionals to make him over into his alter ego Deacon. “First day back, season 5 ‘Nashville,” the actor chuckles. Sandy, one of the ladies who transforms Charles Esten into Deacon Claybourne helped the actor say hello to fans.

Meanwhile, over on Twitter Lennon Stella shared a photo – she’s standing in front of Nashville Music City Productions. The singer is holding a vase of flowers over her head and is puckered up for a kiss. Fans were excited that ‘Nashville’ has begun setting the wheels in motion for the fifth season’s premiere on CMT in January 2017.

It’s the day we’ve been waiting for, #Nashies… WE’RE BACK! #NashvilleCMT 📽🎬

CMT has set up a brand new Instagram account for the drama, NashvilleCMT, and shared a photo of Lennon & Maisy as well as Charles Esten sitting around laughing at a table read. Another pic shows the script for the table read for the first episode of ‘Nashville’ season 5 entitled ‘The Wayfaring Stranger.”

There is an incredible amount of excitement from CMT, the stars of ‘Nashville’ and fans. The premiere isn’t far off, but it for Nashies who thought their beloved primetime soap had been cancelled forever, the wait will be well worth it.