‘The Young And The Restless’ News: Cali May Kinder Joins ‘Y&R’ Cast As Bella – Is She Chloe’s Daughter? 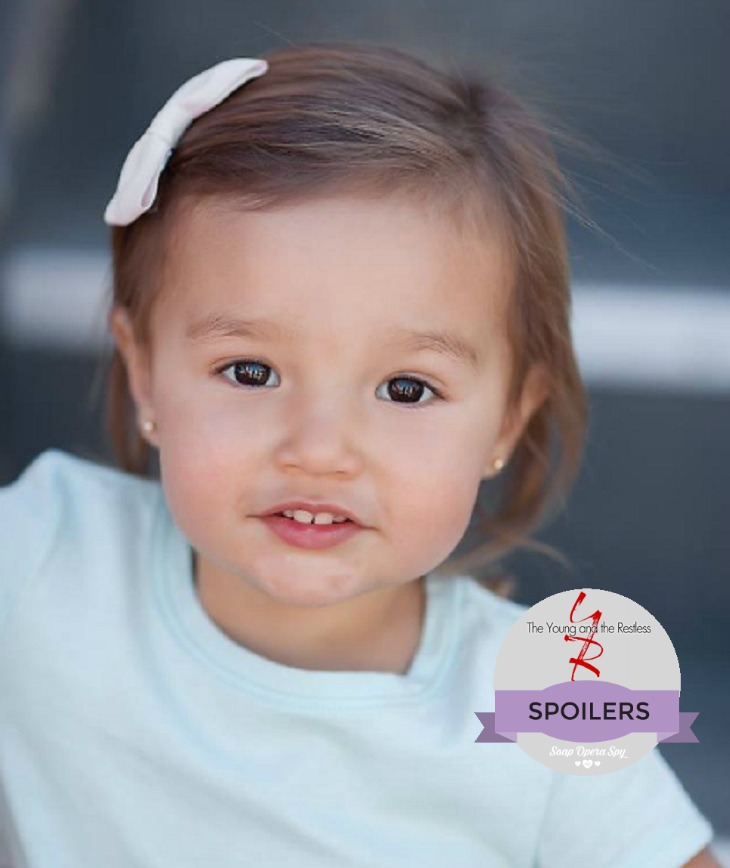 ‘The Young And The Restless‘ spoilers tease that Cali May Kinder has joined the cast of the CBS soap opera.  Earlier today Soap Opera Spy reported that ‘Y&R‘ had sent out a casting call for a 2 year old girl named Bella.  Of course, there aren’t any 2 year old girls on the CBS soap right now, but word on the internet is that Chloe Mitchell (Elizabeth Hendrickson) will be stirring up trouble in Genoa City, and is bringing along her surprise daughter.

2 year old Cali May Kinder is repped by M.O. Artist Agency, the company made an official announcement on their Facebook page that Cali had joined the cast of ‘The Young and the Restless,’ and she will begin filming next week at the CBS soap set.  The post read, “We are pleased to announce that Cali has booked a recurring role on The Young and the Restless. She begins work this Friday. Congratulations to Cali and family! We can’t wait to see you on TV very soon.”

No one from ‘The Young And The Restless‘ has made an official announcement yet about Cali May Kinder’s casting, but how many casting calls could they possibly have out for 2 year old girls right now?  It looks like Cali May Kinder has been hired to play the part of Bella.  Now, the real question is, is Bella Chloe’s daughter?  If she is, who is her father?  Is it Kevin Fisher or Billy Abbott?  Let us know what you think in the comments below and don’t forget to check Soap Opera Spy daily for all of your ‘The Young and the Restless’ spoilers and news!