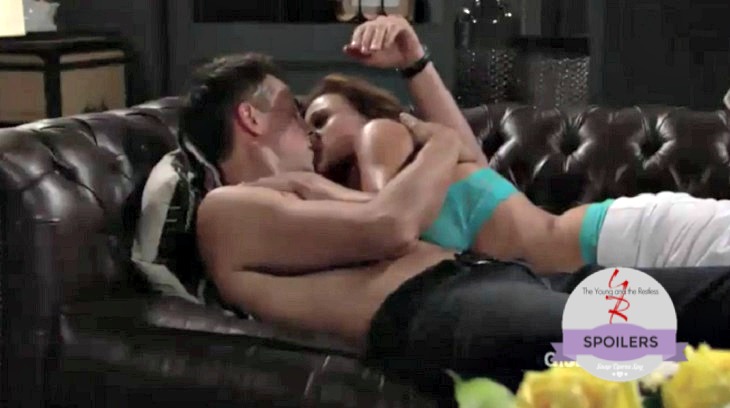 “The Young and the Restless” spoilers for Monday, June 20, tease that Sharon (Sharon Case) will put the brakes on Mariah’s (Camryn Grimes) plans to spill their secret. At home, Sharon yells for Mariah to stop just as she’s about to blab to Kevin (Greg Rikaart). After Kevin leaves, Dylan (Steve Burton) heads upstairs to take care of Sully. Sharon insists that Mariah can’t tell anyone. This has to stay between them.

Dylan comes back as Mariah heads out. Sharon fibs that she doesn’t want Mariah to make a fool of herself. She claims the situation is about Kevin. Dylan understands and starts talking about Sully’s future. A short time later, Sharon falls asleep and dreams about Sage (Kelly Sullivan) taking Sully back to Nick (Joshua Morrow). When Sharon wakes up, she gazes at her pill bottles. She skips her medications.

At the pool bar, Ashley (Eileen Davidson) tells Jack (Peter Bergman) that Hilary (Mishael Morgan) is the one who bribed the lab tech. She says Dr. Neville (Michael E. Knight) is being blackmailed, so she lied for him. Ashley doesn’t think Jack should trust Hilary. She reminds Jack that she was blackmailed by Hilary, too. Ashley feels like Hilary intends on using Jack.

You Might Also Like —> Proud Dad Greg Rikaart Brings Baby Montgomery Home From The Hospital – See The Pic!

Meanwhile, Billy (Jason Thompson) and Phyllis (Gina Tognoni) try to have a passionate moment. Their cell phones ring, so Billy gets rid of them. The landline rings as well. Billy makes sure to disconnect it and they resume their half-dressed make-out session. Suddenly, Ashley arrives and wants Billy to let her in. 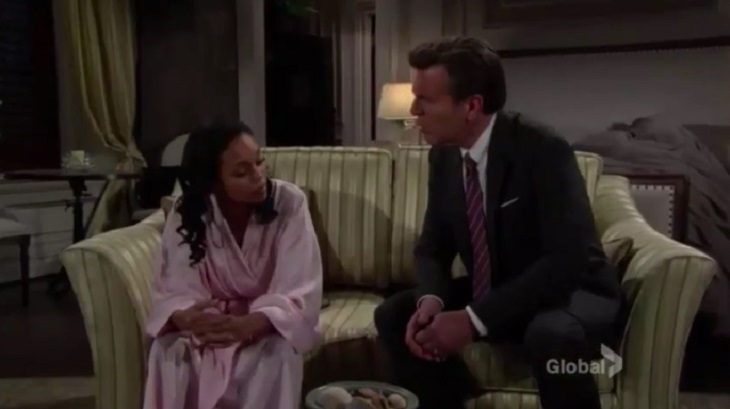 Phyllis steps away to hide and Billy answers the door. Ashley rants about Jack and his hesitation to let her return to Jabot. Billy tries his best to rush Ashley off, but she dawdles and drinks wine. Ashley gripes that Jack only pays attention to what Hilary tells him. She mulls over the idea of asking Phyllis for help. Billy thinks that sounds good and finally gets rid of Ashley.

Phyllis reappears and isn’t pleased that Billy encouraged Ashley to work with her. She feels like it could lead to trouble. Billy feels like Phyllis always takes risks. It’s who she is. Phyllis doesn’t want to risk exposure, but Billy doesn’t think she should worry. He says their love story won’t end that way.

You Might Also Like —> Billy and Phyllis’ Secret in Jeopardy – Jack Asks Who Abducted Hilary – Dr. Neville Warns Devon

In a suite at the athletic club, Devon (Bryton James) notices Hilary’s hand tremor. She claims she’s cold, but Devon thinks she’s working too hard. Hilary suggests that Devon is overreacting. She mentions that the PR nightmare has been tough to deal with. Devon wants to talk to Jack about cutting back Hilary’s hours at the foundation. Hilary flips and shouts that he’s not talking to anyone.

They begin to argue and Devon storms out. Jack shows up to ask Hilary why she’s blackmailing Dr. Neville. Hilary hints that she was protecting someone close to her. It’s a family member. Jack figures Hilary knows who abducted her and asks who it is. 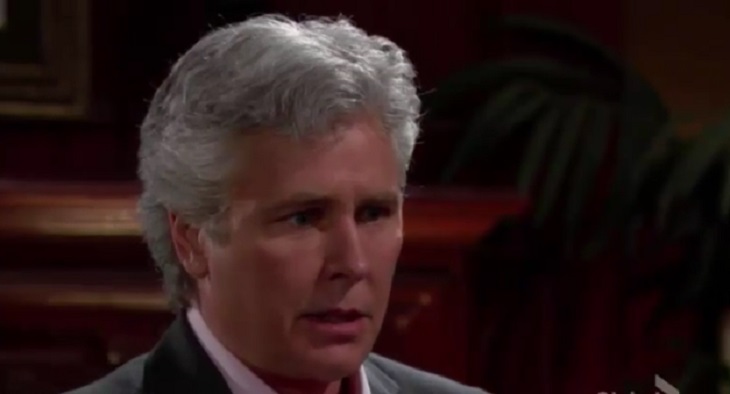 Dr. Neville opens up to Neil (Kristoff St. John) downstairs. He says he told Ashley the truth. Neil worries they’ll all go to prison. Dr. Neville feels like they can trust Ashley with the news. Devon speaks with Neil and hints that he doesn’t feel good about his relationship with Hilary. He might be losing her. Jack comes down raging. He confronts Neil about kidnapping Hilary.

Other “Young and the Restless” spoilers say Kevin will press Mariah to come clean. At Crimson Lights, Mariah makes up a lie. She says Sharon feels like something’s not right in her relationship. It’s like something is missing. Kevin promises to keep quiet and they make a few cracks about love. Mariah tells Kevin he should go see Natalie (Mara McCaffray). Once she’s alone, Mariah calls someone named Dr. Miller and leaves a voicemail.

Elsewhere, Ashley confides in Dr. Neville. She fears Hilary will expose everything now that she’s relapsing. Hilary arrives and announces that she already gave Jack updates on the kidnapping story. She complains about Ashley’s loose lips. Hilary thinks it’s Ashley’s fault that she was forced to spill the truth.

Hilary warns that Dr. Neville could be locked up thanks to Ashley’s move. Will this eccentric doc really end up behind bars? Time will tell, but Y&R rumors suggest that more trouble is definitely brewing. Stick with the CBS soap to see the twists and turns ahead.