‘The Young And The Restless’ Spoilers: Nick And Sharon Get Closer After Sage’s Death – Mariah And Dylan Suspicious Of Former Couple 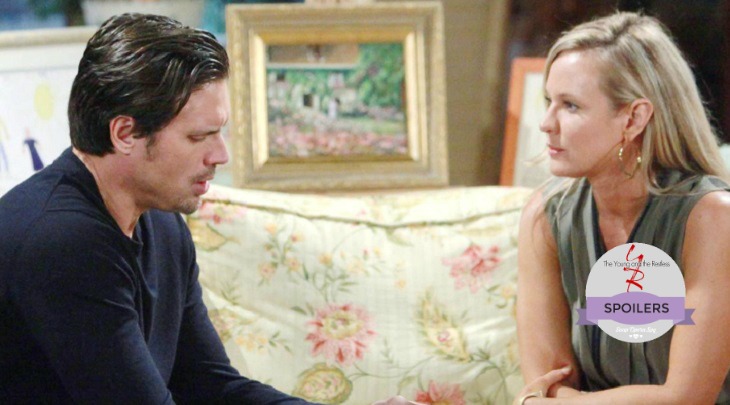 ‘The Young and The Restless’ (Y&R) spoilers tease that Nick and Sharon will continue to get closer now that Sage is gone. But if Dylan gets jealous, he’s likely off the mark thinking this is about romance. It’s more about guilt and grief.

As Nick Newman [Joshua Morrow] continues to spiral down in his grief, Sharon Newman [Sharon Case] becomes more and more concerned. Sharon has parsed in her mind that Sage Newman’s [Kelly Sullivan] death is in no way her fault.

In fact, Sharon might see it as a good thing that she didn’t hand Sully over to Sage since she was driving distracted. Sage might have been making calls with Sully in the car and still had the wreck. The sole thing that Sharon does feel horrible about is the “Christian is dead” lie.

Sharon feels trapped between the idea of letting Nick keep believing that Christian is dead plus the grief of losing Sage versus the idea of crushing Dylan McAvoy [Steve Burton] who is extremely attached to Sully. To counter this, Sharon will make an effort for Nick to spend time with Sully.

Of course, that also means Nick spending time with Sharon. She’ll try to explain her wanting Nick to hang with her son because Sage also liked spending time with Sully. But it’s really a mechanism to keep Nick in his son’s life while keeping secret the knowledge that Sully is his son.

That’s a crazy plan, but Sharon is not exactly sane. However, can Sharon keep Nick close by without arousing suspicion? Dylan already doesn’t like it when Sharon and her high school sweetie get too close and Mariah Copeland [Camryn Grimes] may also prove problematic.

Sage was asking Mariah a TON of questions that got Mariah thinking about her mom’s miscarriage and the improbably timeline of Sharon delivering Sully in Fairview. How long can Sharon keep this charade going?

Will Dylan suspect Sharon of a renewed romantic attachment to Nick because of all the time she’s spending with him while she tries to keep Nick in Sully’s life? Will clever Mariah figure out her mom’s secret and blow all this up by telling Nick the truth?

Share your comments below and check back with Soap Opera Spy often for more ‘The Young and The Restless’ spoilers and news.

‘The Bold and the Beautiful’ Poll: Which Avant Sister Is Your Favorite? Nicole or Sasha? VOTE!