‘The Young And The Restless’ Interview: Melissa Claire Egan Dishes On Chelsea And Adam’s Fate – Will ‘Chadam’ Survive The Summer? 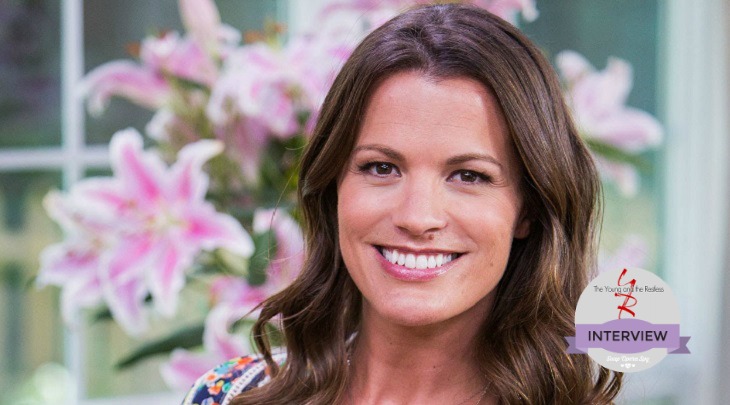 What’s going to be the future of Mr. and Mrs. Adam Newman? Melissa Claire Egan, who plays Chelsea Newman on ‘The Young and the Restless,’ spoke with Soap Central about the recent renewal of vows, the future of Chadam [Chelsea and Adam], her time on ‘All My Children’ and her musical abilities. And, in the same interview Egan reveals that the seemingly happy couple might not make it past this summer!

Justin Hartley and Egan share an undoubtedly hot chemistry. Their connection is probably one of the most romantic and interesting ones that exist in daytime presently. With possible murder charges hanging over Adam’s head and changes in the Y&R regime, it is possible the couple could be near their end. “Hope they can stand the test of time, Chelsea will fight to the end and do whatever it takes,” Egan shares with Soap Central.

Egan was quite happy when her character and her husband renewed their vows, she thought it was something long overdue but is aware that there may be trouble for their future. Egan noted that Chelsea is always at edge when Victor [Eric Braeden] and Adam connect. And in regards to the whole Adam being Christian’s father thing, she said Chelsea is aware of all that, but what’s going now is “so crazy.”

The Chelsea portrayer dished, “It really is like a shadow they can never get out from under, and I think that’s why she definitely wanted to get out of town last year, with the whole “move to France” idea, but then they missed their opportunity. They’re always kind of feeling Victor’s pull. He’s always an anchor sucking them back down into the water.”

There is this potential murder trial facing Adam and this could cause so many problems for the couple, even though she is trying to stick by her husband. Then the fact that baby Christian is alive could also cause some strain on the couple.

Egan however is very grateful for the fans that her romantic pairing has garnered. She loves her fans and reflects on the time she spent on All My Children. She shares that she grew up doing musical theatre but at the end of the day she doesn’t classify herself as a singer.  You can head over to Soap Central and read her full interview right here!

So ‘The Young and the Restless‘ fans do you think Chelsea and Adam will make it past these test and trials? Do you want them to? Should Chelsea continue to stick by Adam’s side?