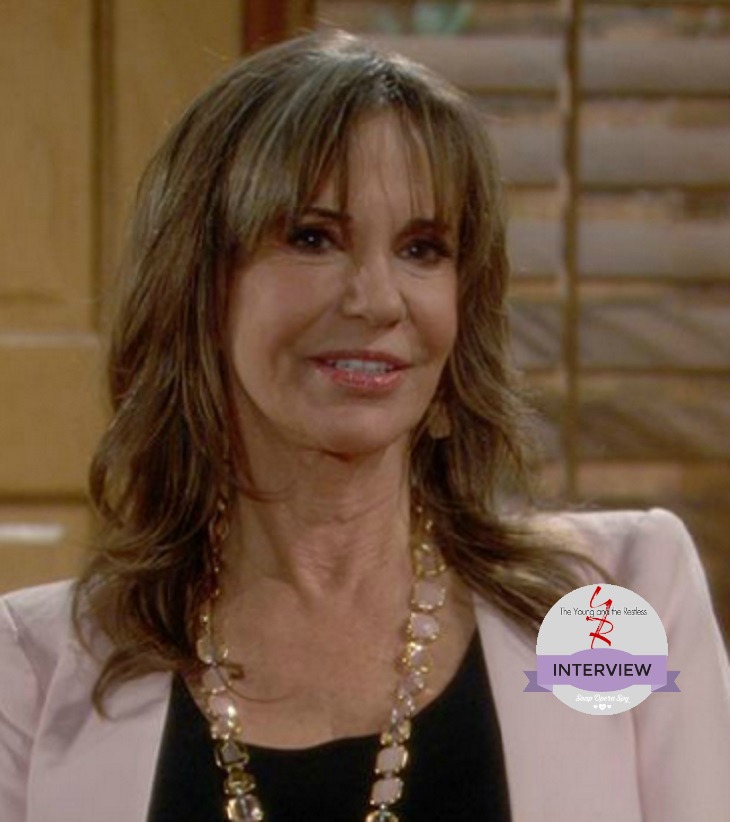 ‘The Young and the Restless’ Jess Walton was recently interviewed on CBS’ WNCN news, in which she spoke about her long run as Jill Abbott and missing her dear friend and former co-star, the late Jeanne Cooper [Katherine Chancellor].

Walton is known as an icon on Y&R, having played this role for approximately 30 years. She described her character as overbearing, a bully, manipulative, someone who takes advantage of every situation, who wins however she can but she also has this sweet and loving side to her.

Related: Do You Want Sharon and Nick As A Couple Again? VOTE!

Walton misses her dear friend Jeanne Cooper so much. She noted that the on screen feud between both their characters were so much fun to play. She shares that she feels like an old pirate without her dear friend, Cooper was like her other half, which she no longer has.

About the several Billy’s that graced the Y&R studios, Walton said she adores everyone of the Billy’s and overtime they became like family. Throughout her run as Jill she has watched several actors come in to play her son, all of which she created a bond with.

Lastly, Walton left some interesting news for her fans. She dished that Y&R is a wonderful show adding that she will be coming on a lot more in the next few months. She added that fans should watch because there are a lot of great things coming up.

So what will Jill Abbott do this time around? Will we get to see more of Tristan Rogers as Colin Atkinson too? Will Colin and Jill be on good terms? Will we see more Lauren [Tracey E. Bregman] and Jill scenes? What will Jill think of the affair between her son Billy [Jason Thompson] and Phyllis [Gina Tognoni]?

‘General Hospital’ Spoilers Thursday May 19: Carly Plots Against Ava – Dr Obrecht Up To No Good – Ava Needs a Favor from Morgan