‘The Young and The Restless’ Poll: Do You Want Sharon and Nick As A Couple Again? VOTE! 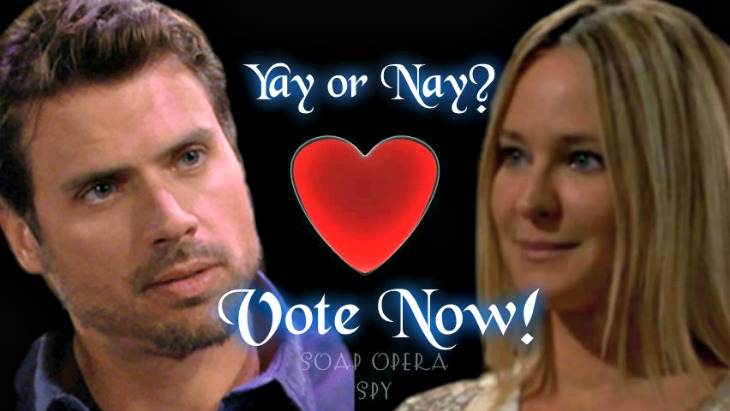 ‘The Young and the Restless’ (Y&R) fans have watched for months now as the real paternity and identity of baby Christian has ping-ponged all through Genoa City. This train wreck in the making is sure to devastate both Nick (Joshua Morrow) and Sharon (Sharon Case) when it finally implodes, leaving neither with their beloved child. Will Nick and Sharon bond over the mutual pain and suffering of losing the baby, bringing them together once again?

Nick and Sharon’s relationship is riddled with problems that began almost since their meeting in 1994. Just as things settle, it seems fate hits them with disaster after horrible disaster. The couple has withstood everything from cheating to the death of a child making them one of Daytimes most beloved couples.

Even through life’s craziness; including the madness of Sharon herself, this long history of romance prevails. Will history repeat itself once more allowing fate to guide Sharon and Nick back together?

There is an extensive fan base that lives and breathes the idea of a reunion between this powerhouse couple. Their 2009 reunion, which resulted in a daughter, was rejoiced by most of the public. It seems some fans believe these first loves belong together at all cost. The heartbreak they are both soon to face may be exactly the kind of pain that will finally draw them back in.

It is possible, however, that the revelation that baby Sully is actually Christian; the baby everyone thought had died, may be enough, finally, to force Nick to turn his back on Sharon. After all, even if Adam (Justin Hartley) is truly Christian’s biological father, Sharon did keep Sage’s (Kelly Sullivan) son away from her, stealing any time the three had to be a family. Is it time for Nick to come to terms with who Sharon really is?

Vote below and tell us what do you think Y&R fans! Should the powers that be reunite this super couple or do you think they should leave well enough alone? Voice your opinion in the comments below and don’t forget to check back often for the latest “Young and the Restless” spoilers, updates and news.

‘The Bold And The Beautiful’ Spoilers Wednesday May 18: Zende’s Heartfelt Apology to Nicole – Sasha Prepares Next Move – Brooke Reflects on Rick’s Grudge