‘The Young And The Restless’ Interview: Jason Thompson And Peter Bergman Dish On Billy And Phyllis Affair And The Big Reveal 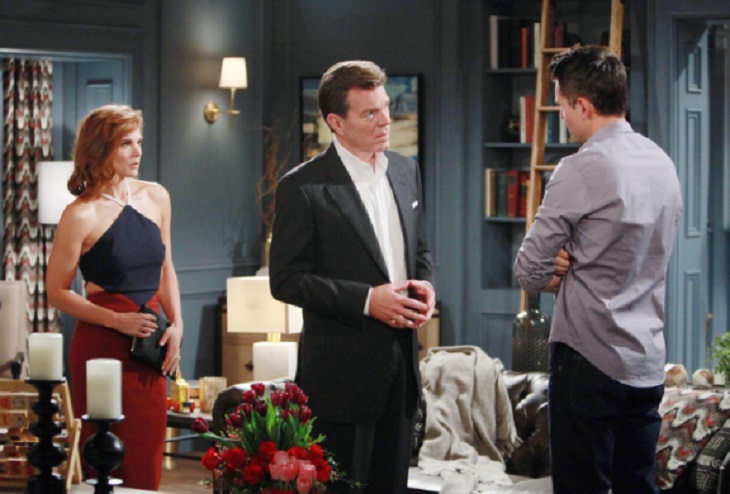 ‘The Young and the Restless’s Peter Bergman (Jack Abbott) and Jason Thompson (Billy Abbott) recently sat down for an interview with Michael Fairman. During that interview Jason Thompson was asked how he has tried to make the character of Billy his and if he had tried to interpret it or make it different.

Jason revealed “I haven’t tried to make it any different, or interpret it a certain way, other then this is my interpretation of the character. Unlike Peter, I dont watch that much daytime, I just try to come in here and do my job.” How do you fans think Jason is doing portraying the part of Billy Abbott?

Bergman revealed that his immediate reaction when finding out Jason was gonna be the new Billy was that he admired his work and was very happy of the news.

During the interview with Michael Fairman Jason also revealed “That he is sure everyone has their opinion of which Billy they prefer along the way, but it doesn’t necessarily matter because there is a bigger picture here, and that is the overall show. I am just a little spoke in the wheel.” He says.

Michael wanted to know if Jack Abbott has blinders on and was not seeing the signs of what’s been going on between Phyllis (Gina Tognoni) and Billy Abbott. Peter revealed “That he is a very careful actor and if there is any glances going on in the room that I don’t see them, not because he has blinders on, but because he has a busy life, and he absolutely trusts his wife.” Do you think Jack should be so trustworthy of his wife Phyllis?

Peter goes on to saying that he thought the reveal of the affair was going to be in the script that was in his room the other day but it was not.  The full interview is definitely a must-read, you can head over to Michael Fairman Soaps to check it out.

Y&R fans everywhere are so ready for the affair to come out in the open and for this storyline to be over. Jill Abbott (Jess Walton) recently learned of it but will she out them? I guess we will have to wait and see! Don’t forget to check often with Soap Opera Spy for all your Young and Restless spoilers, news, updates and more.