‘The Young and the Restless’ Spoilers: Simon Offers Bittersweet Pill To Ashley During Farewell Scene 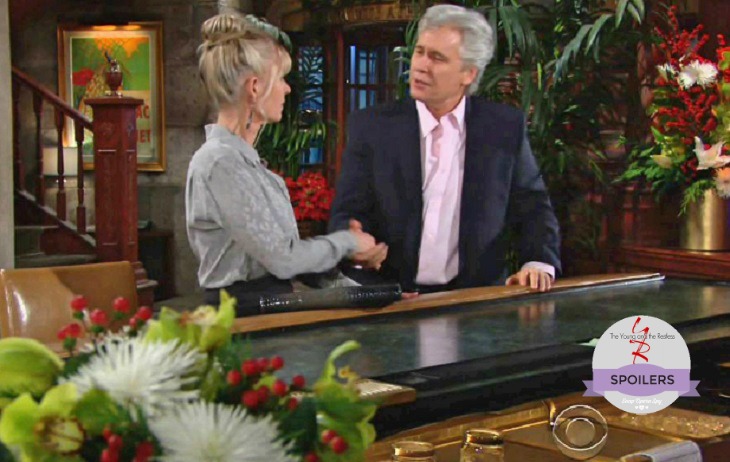 Michael E. Knight returned to daytime last October. He was tapped to play Dr. Simon Neville on ‘The Young and the Restless’. Neil (Kristoff St. John) hired the rogue medic to help Hilary (Mishael Morgan) overcome her coma, which proved to be a success. Now, less than a year later, Simon’s other main plot point played out as he bid farewell to Ashley (Eileen Davidson) and left Genoa City.

Ferrero Brands didn’t pay for product placement on ‘The Young and the Restless’. So, a generic brand name label was shown on what clearly was intended to be a classic rectangular container of white Tic Tac’s. Simon tapped a breath mint into his hand and gave it to Ashley at Crimson Lights, light-hardheartedly offering it her as a cure-all pill. In so doing the writing staff allowed Knight’s character to exit with good-natured humor and grace.

Related: Which Current Y&R Power Couple Is Your Favorite? VOTE!

Recruiting the ‘All My Children’ icon, who stared as Tad Martin from 1983-2011, and again for one episode in 2013, was an interesting decision. Knight, like other famous faces who once worked for rival network soaps, was recognizable to a wide swath of YR’s core audience. His quirky character also proved to be unique within the fictional town of Wisconsin.

While a well-known actor can attract interest, developed growth areas for any newly created personality often telegraph long-term viability. In Simon’s case, he wasn’t a doctor who could work within the bureaucratic Genoa City Memorial Hospital culture. So, ‘The Young and the Restless’ gave him a revolutionary medical mind that could indefinitely pursue breakthroughs with the financial backing of Devon’s (Bryton James) inherited dollars. Simon bonded with Ashley during that time, as he helped her to overcome a brain tumor and the pair shared science-related synergies.

By positioning Simon with Ashley, Y&R created an additional plot path. Unlike Stitch (Sean Carrigan), Simon was an age-appropriate fit for Davidson’s energetic character. Together, their on-screen chemistry proved to be mature and fulfilling. Knight’s departure could signal that a new romantic option will soon appear in Ashley’s life. As for the beloved actor whose last scene has now been shown, Knight’s tenure proved brief. But, devoted fans surely enjoyed seeing him work daytime hours again.

‘The Bold And The Beautiful’ News: Scott Clifton To Sing Song On ‘B&B’ During Liam And Steffy Montage