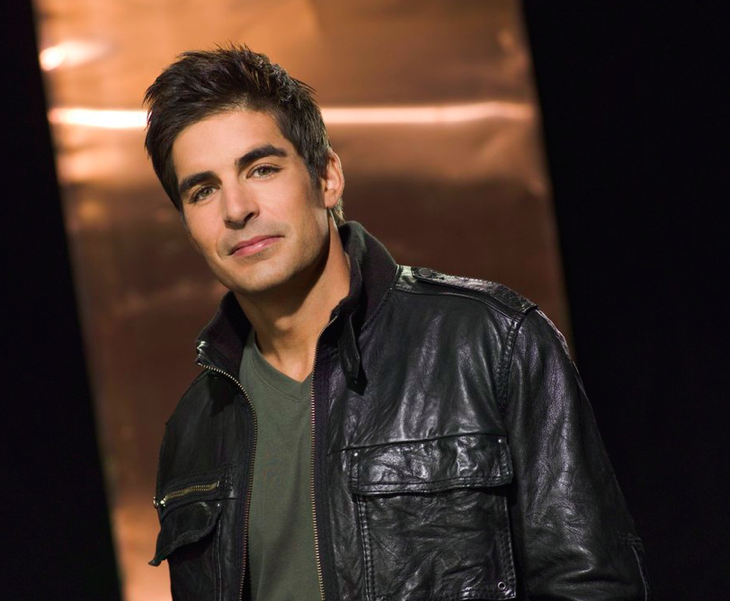 Will Rafe Hernandez [Galen Gering] ever have a shot at perfect love on ‘Days of Our Lives’? It’s beyond me how such a handsome guy could be in so much turmoil when it comes to love. Since arriving in Salem, Rafe has had one romantic disaster after the other and the latest being with Hope Brady [Kristian Alfonso]. Gering spoke with Michael Logan about his character’s disastrous love life, his time on ‘Passions’, his character family issues and much more.

“Life sucks for Rafe. But you gotta root for the guy, right? He keeps getting beaten down but gets back up and always tries to do the right thing. That wasn’t very interesting to me—let’s face it, it’s always more fun to play the bad guy—but lately I’m seeing how a good guy like Rafe really resonates with the audience. I kind of dig him now” he tells Logan. Gering likes the fact that Rafe is giving Hope some space to wrap her head around Aiden [Daniel Cosgrove] being alive.

Gering further highlighted that Hope and Rafe have a great friendship. They are always in the middle of something epic – a kidnapping – rape – a murder that keeps them in each other’s orbits. He even posed the question if the two of them would get along should nothing epic be happening in Salem, which is something we wonder about too.

In regards to his romantic pairing with Alfonso, Gering shared that he worried and still worries if the fans would accept them as a couple. They are several different camps, you have those who are for Rafe and Hope and then you have those who never got past Bo and Hope, Gering noted and at the same time highlighted how much he respects all of those camps.

Where Hope and Rafe’s future is concerned, Gering teased that they’ve shot some scenes which won’t air for months. These scenes indicate that they could potentially be moving forward together as a couple, but at the same time Rafe doesn’t rush Hope, because he also feels for Aiden.

On the subject of Rafe’s family issues – his strained relationship with his father Eduardo played by [A. Martinez], Gering gave Logan some insights. “I’ve had a fractured relationship with my own dad, and the situation with Rafe and Eduardo is really similar to what I’ve experienced, coincidentally. Those kinds of emotional wounds, even though they’re buried very deeply, are still frickin’ there. It doesn’t matter how old you get. That kind of hurt can last a lifetime,” dished Gering.

Overall it was an interesting interview, you can visit TVInsider to read the full interview.

‘The Walking Dead’ Season 7 Spoilers: Negan Kidnaps Someone – Will We Lose Another Fan Favorite?