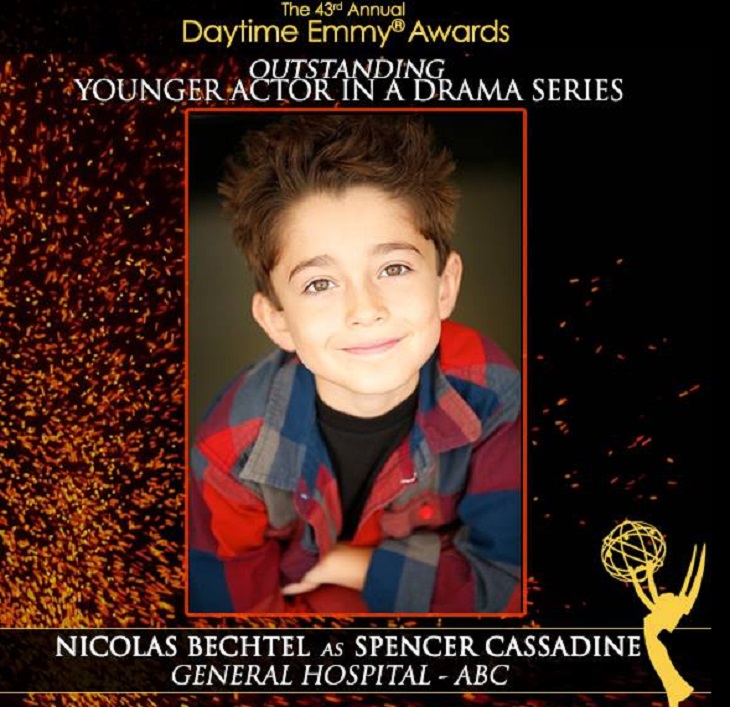 The 43rd Annual Daytime Emmy Awards are set to take place on May 1 2016, sadly they won’t be airing on television this year.  NATAS recently revealed the list of official nominees for the daytime drama categories – and soap fans have begun speculating as to who will be walking away with a Daytime Emmy this year.  Now, NATAS has started releasing the highlight reels for each category – which is a first!

What a lot of soap fans don’t realize about Daytime Emmy Awards, is that they aren’t based on the actor’s performance as a whole for the year.  The awards are actually based on a clip from the daytime drama that was submitted for each actor.  A lot of times fans don’t seem to understand why one star who only was in a dozen episodes manages to walk away with the Emmy over another star – who was a frontburner all season.  Basically, it all boils down to the highlight reel that was submitted, not the actor’s over all performance all year long.

The official Daytime Emmy Award Facebook Page began unveiling the highlight reels that they are judging for the 2016 awards.  The first category posted is the 43rd Annual Daytime Emmy Nominee Videos- Younger Actor.  The nominees are: Tequan Richmond, Nicolas Bechtel, Max Ehrich, Bryan Craig, and Pierson Fode.  Now, that we know what scenes were submitted for each actor, it will be much easier to predict who will win this year.  Check out the videos below and let us know which actor you think will walk away with the Daytime Emmy Award in the Young Actor category.

‘Days Of Our Lives’ News: Camila Banus Remaining At DOOL for another Year