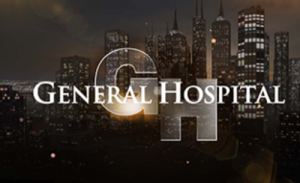 Soap Opera Digest is reporting that ABC’s ‘General Hospital’ is seeking a well-known actress to play the role of an unknown character. According to the release GH wants someone between the ages of 60 and 65 to fill this part. The role is one that will begin taping in Mid-May.

At this point a name for the character has not been released in the casting call. But SOD shares that the show is seeking a veteran to take on this recurring role. The character as shared by SOD is described as “Caucasian, 60-65. Strong presence, dynamic.” Does this sound like any former soap stars you know?

The successful actress will join the line of many talented actresses who had similar stints such as Donna Mills who played Madeline and Dee Wallace who played Luke’s (Anthony Geary) sister Patricia Spencer. All details surrounding this character are under wraps at the moment. The show has not mentioned the character’s name, no background or who they work with. But this doesn’t stop GH viewers from ramping up speculation.

If in fact the show is seeking someone to play Hayden’s mom, wouldn’t be nice to see the show hire former legendary daytime soap stars such as Robin Strasser, Kim Zimmer or Erika Slezak for the role. What do you think fans? DO you agree with any of the actresses mentioned above taking a role on GH? Who would you like to see pop up in Port Charles?