‘The Bold And The Beautiful’ Spoilers Wednesday May 25: Liam Makes His Choice, Quinn’s Fate Decided – Brooke and Katie Discuss Their Issues 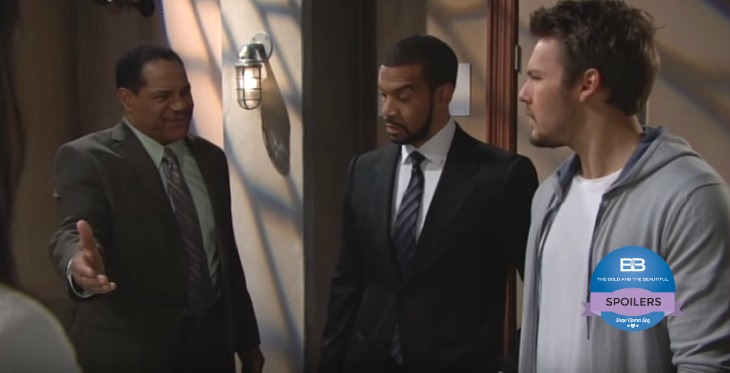 “The Bold and the Beautiful” spoilers for Wednesday, May 25, tease that Bill (Don Diamont) will insist that Quinn (Rena Sofer) needs to pay for her crimes. He’ll maintain that Quinn’s actions have taken a toll on Liam (Scott Clifton). He’s really struggling to move on with his life. Bill will contend that Liam needs closure and the only way he’s going to get it is to put Quinn away for a long time.

Wyatt (Darin Brooks) will argue that his mother isn’t all bad. There’s some good buried deep inside Quinn, too. Wyatt will wish that everyone else could see that. He’ll hope there’s still a chance Liam will back off the idea of locking Quinn up.

Meanwhile, Liam will be forced to make his decision. He’s already been warned that the charges may not stick. Liam called Quinn a monster, but he knows he’s fighting an uphill battle. Plus, there’s likely a small piece of Liam that cares about Quinn. He may not want to admit it, but what happened in that cabin probably affected Liam in more ways than realizes.

Liam will be asked if he’s pressing charges or not. As Liam delivers his answer, Katie (Heather Tom) and Brooke (Katherine Kelly Lang) will have a heartfelt chat. It seems Katie has had some time to cool down. Brooke’s surprise bedroom visit threw Katie for a loop, but she appears to have calmed herself.

“The Bold and the Beautiful” spoilers say Brooke will worry that Katie might be turning to alcohol again. Katie will promise that she has everything under control. She’ll concede that the what happened the other day was a mistake. Katie may not be pleased by it, but she can still choose to let it go.

Katie will shift gears and put the focus on her husband. She’ll be concerned about the turmoil Bill is dealing with. He’s had to cope with Brooke and Katie’s mess, but an even bigger issue is the feud between his two sons. There’s always been a rivalry in play, but it’s intensified lately thanks to Wyatt and Steffy’s (Jacqueline MacInnes Wood) marriage.

Will the Spencer men be able to work through all of the drama? B&B rumors hint that the tension could start to lift, but we shouldn’t expect the war to evaporate entirely. Wyatt and Liam will undoubtedly continue to harbor a little resentment toward each other. Stay tuned to “The Bold and the Beautiful” for updates on what the future holds.

So B&B fans, what do you think about the news that Liam will make a choice regarding Quinn’s fate? Will Katie and Brooke sort out their problems? What about Wyatt and Liam’s rivalry? Will Bill dig himself out of the family conflict? Voice your opinion in the comments below and don’t forget to check Soap Opera Spy often for the latest “Bold and the Beautiful” spoilers, rumors, updates and news