‘The Bold And The Beautiful’ Spoilers Tuesday May 24: Liam Explodes at Quinn, Thinks She’s a Monster – Wyatt Asks Brother Not to Press Charges 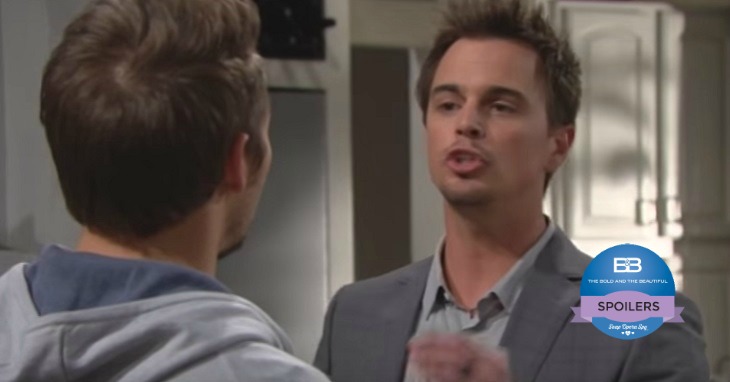 “The Bold and the Beautiful” spoilers for Tuesday, May 24, tease that Wyatt (Darin Brooks) will worry about what the future holds for his mother. Quinn (Rena Sofer) obviously has some mental issues and Wyatt would hate to see her locked up without treatment. He’ll plead with Liam (Scott Clifton) to realize that Quinn is facing a true battle with her mind.

B&B spoilers say Wyatt will encourage Liam to have some compassion and show a little generosity. He’ll want Liam to reconsider the idea of pressing charges. Liam will likely think it’s outrageous for Wyatt to ask him to just drop everything. Quinn has put Liam through plenty of heartbreak and he’ll feel like she needs to pay the price.

Nevertheless, Wyatt will urge Liam to at least think about letting Quinn off the hook. Bill (Don Diamont) will also have a discussion about this with Wyatt. They’ll have very different opinions on what Quinn’s fate should be. Of course, Bill and Wyatt’s views don’t really matter here. Only Liam can decide what’s right.

“The Bold and the Beautiful” spoilers say Liam will have a major confrontation with Quinn as he tries to determine what his next move should be. Quinn will beg Liam to understand how much she’s changed. She’ll indicate that Liam is responsible for the dramatic shift.

Quinn will believe that she’s the best version of herself when she’s with Liam. She’ll promise that she can he that woman again if Liam will just give her the chance. Liam will be furious when he hears Quinn making all of these declarations. He’ll yell that Quinn is the same “conniving, scheming monster” she was at the cabin. Liam won’t buy that Quinn has changed or that she ever could.

By Wednesday, Liam will have to make a decision on pressing charges against Quinn. Will Liam commit to getting justice or let Quinn slide after all? Time will tell, but it’s clear that tensions are running high. Liam will attempt to calm down and make a choice that he can live with. “The Bold and the Beautiful” rumors hint that some surprises are in store. Stay tuned for updates on Quinn’s fate.

So B&B fans, what do you think about the news that Wyatt will try to get Liam in Quinn’s corner? Will Liam settle slightly after facing Quinn or hold firm on bringing her down? Voice your opinion in the comments below and don’t forget to check Soap Opera Spy often for the latest “Bold and the Beautiful” spoilers, rumors, updates and news.