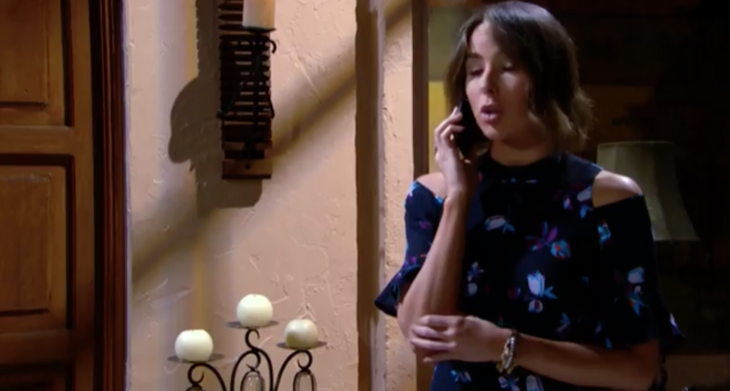 “The Bold and the Beautiful” (B&B) spoilers for the week of August 29 through September 2 reveal that even if Bill Spencer [Don Diamont] has to bribe Brooke Logan Forrester [Katherine Kelly Lang] the couple will be together – and they will get married.

Katie Spencer [Heather Tom] and Bill divorced which means Bill and Brooke can play whatever lovers’ games they want now. Bill wants to get married, Brooke isn’t ready to rush into anything.

‘The Bold and the Beautiful’ weekly video spoiler reveals Brooke is shocked by Bill’s offer. “You’re actually bribing me into marriage?” Brooke incredulously asks Bill. “Yeah, if it works!” Bill replies. Brooke turns to Ridge Forrester [Thorsten Kaye] and he asks Brooke what she plans to do.

As Bill tries to jump from one marriage to another without any guilt, his son Wyatt Spencer [Darin Brooks] is hanging on to his marriage to Steffy Forrester [Jacqueline MacInness Wood] by a thread. Quinn Fuller [Rena Sofer] isn’t backing down and has enlisted Ivy Forrester [Ashleigh Brewer] to help her.

One phone call does the trick. “You’ll be loyal to me?” a devious Quinn asks. “I’ll do anything,” desperate Ivy replies. That probably means Quinn is done using Steffy to further her agenda. Quinn has the love and support of Eric Forrester [John McCook].

Wyatt sees the writing on the wall and tells Quinn, “You keep this up, our marriage could end.” It probably doesn’t matter what Quinn does at this point – Steffy never stopped loving Liam Spencer [Scott Clifton]. Everyone knows Liam and Steffy are destined to be together.

‘The Bold and the Beautiful’ weekly spoiler video promises, “Games are being played. And this one is just getting started.” It appears that Bill and Quinn are the puppeteers the week of August 29 through September 2 and Brooke, Ivy, Wyatt and Steffy are the puppets.

Games are being played, and this one is just getting started this week on #BoldAndBeautiful