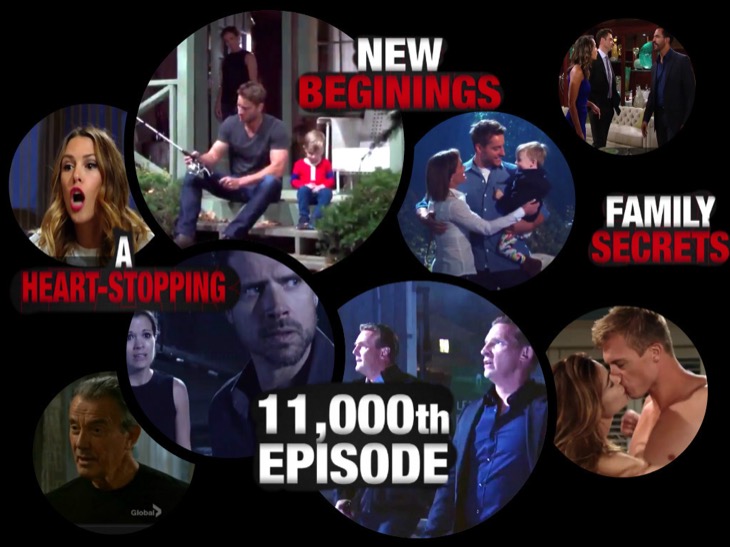 ‘The Young and the Restless’ spoilers for the week of August 15 through September 2 tease that family secrets are about to be exposed. This time around it’s Neil Winters [Kristoff St. John] turn to have deeply buried family secrets uncovered.

Lily Ashby [Christel Khalil] confronts Neil about his mother Lucinda [Nichelle Nichols]. “You have been nursing this wound since you were a kid,” Lily reminds Neil. Cane Ashby [Daniel Goddard] and Devon Hamilton [Bryton James] offer their support and Neil decides to visit his mother after decades of estrangement.

Upon finding Lucinda living in a nursing home Neil confronts his mother. “You walked away from me,” Neil accuses Lucinda. What is the truth? ‘Y&R’ spoilers reveal Lucinda will make her first appearance on September 1, just in time for “The Young and the Restless’ 11,000 episode celebration. It’s unlikely that Neil will get any quick answers from Lucinda.

The week of August 29 through September 2 on ‘The Young and the Restless’ Chloe Mitchell [Elizabeth Hendrickson] and Kevin Fisher [Greg Rikaart] arrive at Chelsea Newman’s [Melissa Claire Egan] penthouse. The police arrive and question Kevin just as Chloe charges in from upstairs. “Chelsea and Connor, they’re gone!” Chloe spills out to Kevin right in front of the cops.

Victoria Newman’s [Amelia Heinle] lover Travis Crawford [Michael Roark] is back and the two hit quickly hit the sheets, well…the couch. But Victoria forgot Billy Abbot [Jason Thompson] still has a key to the house. An embarrassing encounter will take place as Billy walks in just as Victoria grabs her dress to cover up.

You Might Also Like —> Dylan Finds Passageway, Tracks Down Adam and Chelsea – Kevin Comforts a Worried Chloe

Luca Santori [Miles Gaston Villanueva] holds Summer Newman [Hunter King] hostage after admitting to causing the oil crisis. As Jack Abbott [Peter Bergman] prepares to call 911 Luca grabs Summer and ‘The Young and the Restless’ spoilers for the week of August 29 through September 2 make it seem as if Luca will threaten to harm Summer if Jack doesn’t cease calling in the cops.

The Young and the Restless’ weekly video proclaims, “New beginnings, family secrets. And it all builds up to a heart-stopping 11,000 episode.”

Family secrets reach their boiling point on the 11,000th episode of The Young and The Restless! #YR #YR11K