‘The Bold and the Beautiful’ Spoilers: A Strong Marriage Crumbles – Which Couple Is on the Brink of a Breakup? 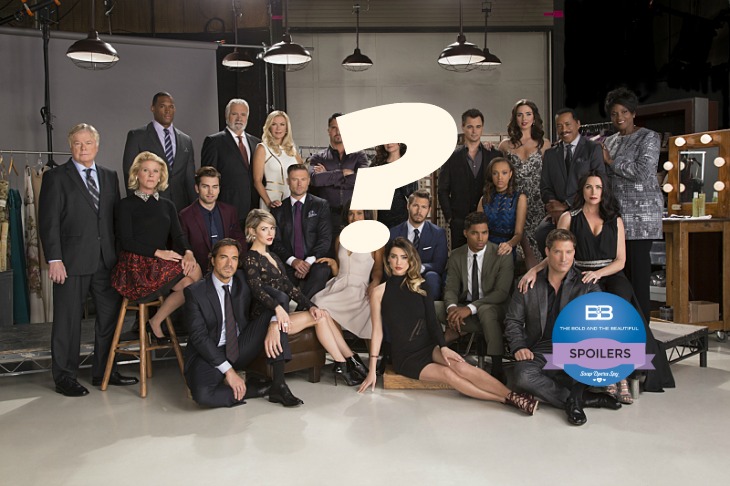 “The Bold and the Beautiful” spoilers tease that a storm is brewing for one happy couple. A strong marriage will soon crumble on the CBS soap. We don’t know for sure which pairing is about to bite the dust, but there are plenty of options to consider.

First, we have Bill (Don Diamont) and Katie (Heather Tom). They’ve been in a state of pure bliss over the last few months. Unfortunately, that’s a telltale sign that trouble is coming up. Soaps love to build up their couples so they have a long way to fall. Now Brooke (Katherine Kelly Lang) has made her feelings known and it could cause Bill to drift from his beloved wife.

It’s clear that Bill and Katie will face problems, but is a full-fledged breakup in the works? Time will tell, but they aren’t the only couple we should worry about. Ridge (Thorsten Kaye) and Caroline (Linsey Godfrey) seem solid at the moment, but they’re hiding a major secret. Caroline is carrying Thomas’ (Pierson Fode) baby and the truth will eventually come out.

“The Bold and the Beautiful” rumors suggest that the news will make the rounds before long. Could the paternity revelation cause some strife for Ridge and Caroline? If Thomas demands to be a part of this child’s life, it could create a tough situation for Ridge.

Caroline might grow closer to Thomas as they bond with their child. Where would that leave Grandpa Ridge? Maybe we could see Ridge and Katie give things another shot if Brooke manages to get her grubby paws on Bill.

Of course, we can’t forget about Julius (Obba Babatunde) and Vivienne (Anna Maria Horsford). On a recent episode, Sasha revealed that Julius is her father. Vivienne and Nicole (Reign Edwards) apparently have no idea. Vivienne has put up with a lot from her husband over the years, but it’s possible that his long-held secret could be the final straw.

Since Nicole will make Sasha’s modeling dreams evaporate, Sasha might feel like she might as well spill the beans about her dad. Perhaps Sasha will expose Julius’ affair out of spite. She could destroy the whole Avant clan in one fell swoop. Are Vivienne and Julius headed for a divorce? It’s a possibility.

You might also like —>  Liam Dumps Steffy Over Wyatt, Moves In With Bill – Katie And Quinn Meddle In Relationship Drama

It looks like we’ll just have to wait and see which B&B marriage will come to a bitter end. We’ll give you updates as we learn more details about the impending split. Stick with “The Bold and the Beautiful” to see if your favorite pairing survives.

So B&B fans, do you think Bill and Katie will break up over Brooke? Could the baby drama come between Ridge and Caroline? Will Julius and Vivienne’s relationship be torn apart by his secret daughter? Which couple will call it quits? Voice your opinion in the comments below and don’t forget to check Soap Opera Spy often for the latest “Bold and the Beautiful” spoilers, rumors, updates and news.