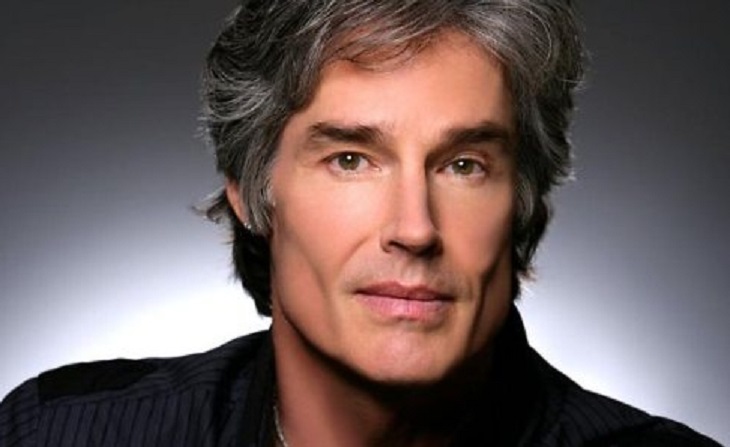 Whatever happened to American actor Ronn Moss? You most likely remember during his run on ‘The Bold and the Beautiful’ as the original Ridge Forrester. But after years of playing that role from 1987 – 2012, Moss announced he would be leaving the show to pursue other projects.

What has he been up to since then? Well he has acted in a number of series and a short film and he has continued with his musical career. Firstly he played the role of Ken Bronson in a very short film called ‘The Brentwood Connection’ that was released in 2013.

Since that he has also appeared in the award-winning web series ‘The Bay’ as John Blackwell. He appeared in approximately 19 episodes between 2014 and 2015. The Bay started out small but has since been well received by viewers and is expected to return with a new season very soon.

On ‘Familie’, Moss played the role of Ian in approximately four episodes.  Familie is a Belgium TV soap opera that focuses on the Bossche family and others. It is also the longest running soap n Belgium. Moss’ latest television work is said to be that of ‘Bruna in Beverly Hills’. IMDB list his role as John Wright to be one he is currently filming. The premiere date for this series is presently unknown, it’s not clear whether or not it has been picked up by a network.

Moss is currently apart of a band called ‘Player’ which includes Peter Beckett, J.C Crowley, John Friesen and himself. Moss is a talented musician and singer, he is able the electric bass, guitar and drums. His latest solo album was released in 2007 and he continues to make music.

Would Moss ever consider a return to daytime?  Well we are not sure, at the moment the role of Ridge is occupied by Thorsten Kaye. Though many fans crave his return, he seems to be quite content doing music and other projects.

‘General Hospital’ News: 5 Couples We Want Back Together On ‘GH!’

‘General Hospital’ POLL: Which Of Alexis’ Daughters Is Your Favorite? VOTE!