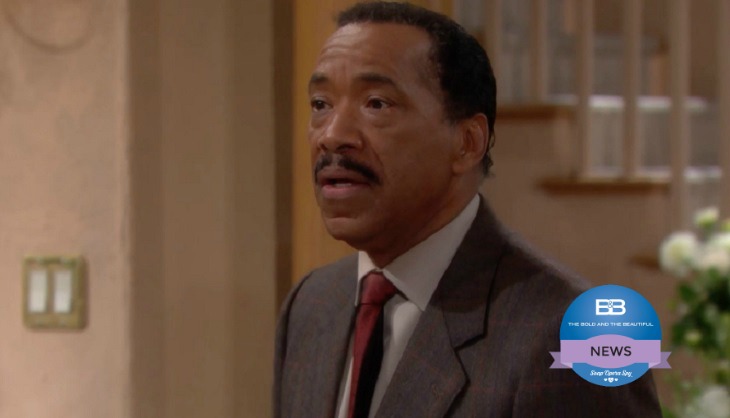 ‘The Bold and the Beautiful’ actor Obba Babatunde [Julius Avant] is scheduled to take on the recurring role of Barton Royce in the upcoming comedy series ‘I’m Dying Up Here’. The upcoming series will air on Showtime and is executively produced by well known actor Jim Carrey.

Babatunde joins other popular stars that have been hired for roles in the upcoming comedy. He plays the role of Barton, a comedy manager. Deadline reported in their post that the series will focus on upcoming comedians in Los Angeles in the 1970’s.

The B&B actor joins Jeffrey Nordling and Melissa Leo as members of the cast. Nordling is a ‘Desperate Housewives’ alum who will take on the recurring role of Eli who is a member of Goldie’s inner circle. Goldie is a comedy club owner and Melissa Leo has taken on that role. Leo is well known for her role as ‘All My Children’s’ Linda Warner and other roles.

Related: Steffy Insists She Can’t Live Under Threat of Quinn – Wyatt Worries Mom Could Cost Him His Marriage

Babatunde remains a fine and talented actor who walked away with the Daytime Emmy Award for his portrayal of Julius on ‘The Bold and the Beautiful’. Currently he has several other projects underway which are in post-production stages including roles in ‘The Choir Director’ and ‘Raven’s Watch’. Fans can keep on the lookout for more details on the upcoming Showtime comedy series from SOS.