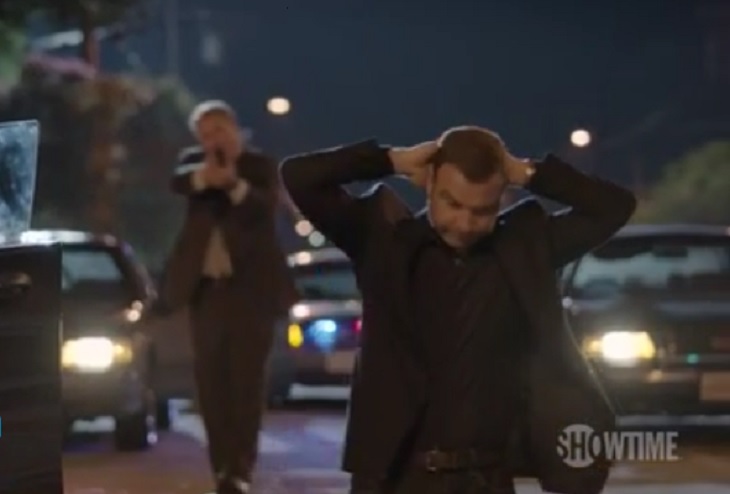 Ray Donovan spoilers tease that Season 4 of the Showtime drama is going out with a bang, and fans are not going to want to miss the final two episodes of the summer.  Ray Donovan spoilers from Showtime tease that Episode 11, “Chinese Algebra,” has been pushed back because of Labor Day weekend and will not be airing until Sunday September 11.  Then, the Season 4 finale, Episode 12 “Rattus Rattus” will be airing on Sunday September 18.

Ray Donovan fans are familiar with the series’ high impact season finales, packed full of shocking revelations and cliffhangers.  So, with just two episodes remaining of Season 4 – anything could happen.  But, the main thing on everyone’s mind is, will Ray Donovan be able to save Avi, or will his comrade suffer a brutal death at the hands of the Russians?

The spoilers for Episode 11 “Chinese Algebra” are pretty slim.  All we have from Showtime is a VERY short synopsis, and a vague teaser video.  “Chinese Algebra” spoilers tease, “As Ray devises an attempt to save Avi, Agent Barnes makes him an offer.”  Spoilers indicate that the “offer” from Barnes has something to do with Ray moving his family in to protective custody.

As far as Avi’s fate, the cast and crew at Ray Donovan are keeping the lid on any major spoilers.  Although in Showtime’s promo there is a bloody body shown at the end of the trailer that some fans are certain belongs to Ray’s pal.  Despite Barnes’ warning that if he meets with the Russians, he is a “Dead Man Walking,” Ray does just that.  Will he be able to outsmart Dimitri though, and get himself and Avi out in one piece?  We will have to wait until the Season 4 finale to find out!

So Ray Donovan fans, what do you think of Season 4 thus far?  Do you think that Ray and his family will all survive the showdown with the Russians?  What about Avi?  Share your thoughts in the comments below!

‘General Hospital’ News: Kimberly McCullough Talks About Being Targeted By A Cult

‘The Bold and the Beautiful’ Spoilers: Katie Hesitates as Divorce Is Finalized – Bill Pours Out His Heart to Brooke – Steffy Ponders Future