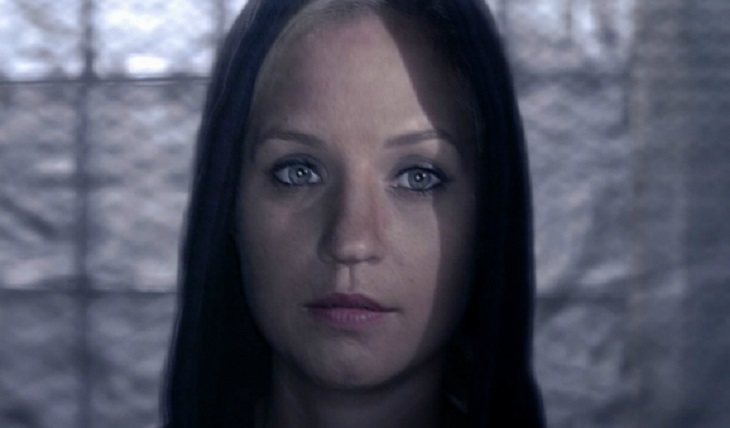 Who killed Charlotte DiLaurentis (Cece Drake) on ‘Pretty Little Liars?‘  PLL spoilers tease that Season 7 will premiere next month on Freeform – and of course, Marlene King and TPTB promise all of our questions will be answered.  But, if you have been following the show the past few years, you know that the questions are never completely answered, or the answers only lead to more questions.

‘Pretty Little Liars‘ spoilers tease that Charlotte DiLaurentis’ killer is still running amuck in Rosewood, while Hanna Marin may have confessed to the murder, it was all a hoax to try and lure the new “A” out of hiding.  We put together a list of possible suspects.  Let us know what you think in the comments below, who is Cece’s killer?

Alison’s Aunt and husband are the new villains in Rosewood, and it’s clear they will stop at nothing to get their hands on her family’s fortune.  Sure, Charlotte was Mary’s daughter – but could she have realized what Jessica’s evil twin was up to and they killed her to keep her quiet?  Charlotte and Alison had grown very close, maybe they were scared she would spill the beans …

Hanna’s fake confession seemed pretty convincing, maybe because it wasn’t fake after all?  Hanna Marin and the other liars definitely have motive seeing as how Charlotte tortured them for years.  Once Charlotte was free from Radley, did Hanna decide to take matters into her own hands to make sure she didn’t get back to her old ways?  It’s a bit far-fetched, but it would be the biggest twist yet on ‘PLL.’

‘Pretty Little Liars’ Season 7 spoilers tease that Jenna is back in town, and let’s be honest, she is one shady lady.  And, we’re still not entirely convinced she is still blind.  Maybe Charlotte’s murder had nothing to do with the Charlotte, and everything to do with the liars.  They are the prime suspects, and Jenna definitely has a few axes to grind with them.  Did she kill Charlotta so that she could frame them?

Sara Harvey has issues, but it is really hard to decipher whether her issues are a result of Charlotte DiLaurentis or a result of Charlotte’s death?  Sara’s obsession with Charlotte is a bit confusing, was she a victim or an accomplice?  Regardless, Sara is definitely up to something.  Right now it’s looking like she may be “Uber A,” but we could have easily misinterpreted the signs.

Mona will always be a suspect of every crime ever committed in Rosewood.  She appears to have turned over a new leaf – but we’re not ruling her out.  Charlotte played Mona, and stole her game from her, and held her hostage.  Maybe she confronted Charlotte that night on the belltower and things got a little heated.  We all know Mona is a firm believer in revenge.

‘The Young and The Restless’ POLL: Are Billy and Victoria Done for Good or Are They Destined to Be Together? VOTE!