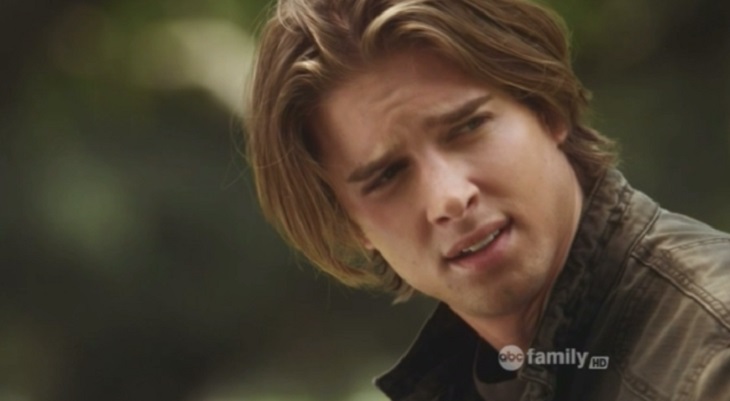 The Pretty Little Liars cast is about to get a returning member to the show. A family member is coming back after being gone for a while. Jason DiLaurentis (Drew Van Acker) is going to be written back into the show. The actor has been gone from the show since they decided to advance the show past the liars’ college years. Jason will be reunited with his younger sister, Alison (Sasha Pieterse) when he makes his return to Rosewood. Drew Van Acker will be back onscreen on August 9.

Jason isn’t just coming back to Rosewood to reunite with his family. He has another agenda in mind. He wants to stop his sister from getting too close to their Aunt Mary (Andrea Parker). The Liars discover new information about Mary and Jason and Alison’s mother (also played by Andrea Parker) that will lead them to the basement looking for clues. As usual, the girls will stumble upon something that could get them closer to solving the mystery of A.D.

Jason wants to keep Alison safe from harm. He returns to his family home with a message for Alison. He warns her to be careful when it comes to their aunt. She needs to watch her back against their crazy aunt. Mary and Alison are living together because Mary is now her guardian. Is Jason trying to take over for Mary? Does he know more about his aunt than anticipated? As Pretty Little Liars’ fans know, Jason has always been a suspicious character. In the past, his cousin as well as his ex-girlfriend Charlotte (Vanessa Ray) tortured him. It’s not clear what his role in his family’s drama is supposed to be. Is he really looking out for Alison or does he have another plan in mind?

Jason isn’t the only one coming back to Rosewood. Ezra (Ian Harding) may also be getting a blast from the past. Ezra received a call from someone in the past that could change his life. He got a call from his former love Nicole (Rebecca Breeds) that could change his relationship with Aria (Lucy Hale). Unfortunately, he doesn’t know that she called him before but Aria knows that she called him. Aria just kept quiet about it. Will this mistake cost Aria the love of her life?

‘The Young and the Restless’ News: Eric Braeden Shows His Silly Side – Watch His Hilarious Singing Video!