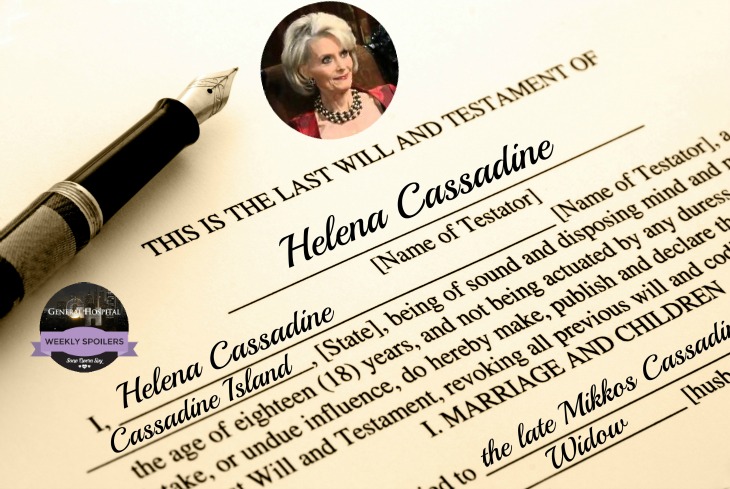 Jason Morgan [Billy Miller] will get to Sam Morgan [Kelly Monaco] just in time to save her from a fiery death. Sam will spend the week fighting for her life at GH. Also in medical crisis still is Jake Spencer [James Nigbor] who will need more intensive treatment.

As Sam fights for her life with Jason at her side, Liz wonders to what extent Jake is to blame for Sam’s injuries then she has a near-breakdown when Liz finally realizes all of this is down to the choices she has made in the past year.

Liz turns to her new pal Franco [Roger Howarth] who is a surprising source of support for her as she works through all this. Liz also comes clean to Jake and says she’s to blame for Jason leaving, not Sam. This is a major turning point for Liz.

Newly married Nikolas Cassadine [Tyler Christopher] invites Liz and her kids to move into Wyndemere since their house is ashes. They accept and Liz and the other boys move in, but Jake will have to stay hospitalized for a while for treatment.

Nikolas still harbors some concerns about his new wife Hayden Barnes [Rebecca Budig] and does some Googling. Will he turn up anything suspicious about his bride? Tracy Quartermaine [Jane Elliot] thought the marriage was good news, but Hayden soon betrays her then notices Tracy’s odd behavior.

Paul Hornsby [Richard Burgi] realizes that Anna Devane [Finola Hughes] is becoming a major problem for him. Anna turns the tables on Paul and gets flirty to try and get info out of him and he’s tempted even though he knows this is bad news.

Ava Jerome [Maura West] is tired of Paul putting her at risk and she finally confides in Julian Jerome [William deVry] just how deep of a mess she’s in and asks his advice. Ava also gives Julian and Alexis Davis [Nancy Lee Grahn] an unusual wedding gift.

As they gear up for their wedding, Alexis has some residual concerns about Julian and Olivia Falconeri’s [Lisa LoCicero] close co-parenting relationship, but that won’t stop the nuptials. Alexis has other concerns due to Kristina Corinthos’ [Lexi Ainsworth] behavior.

Sonny Corinthos [Maurice Benard] and Alexis must form a united front to deal with their miscreant daughter and fast. Sonny and Carly Corinthos [Laura Wright] also must deal with Michael Quartermaine [Chad Duell] who is ailing from a broken heart.

He wants to chase Sabrina Santiago [Teresa Castillo] to Puerto Rico and they offer advice. Of course, we know she’s not in the Caribbean but likely somewhere in Canada still. Molly Lansing [Haley Pullos] and TJ Ashford [Tequan Richmond] have decisions to make about their future.

Maxie Jones [Kirsten Storms] and Nathan West [Ryan Paevey] want to get closer but Lulu Spencer [Emme Rylan] proves to be an obstacle. Maxie and Dillon Quartermaine [Robert P Watkins] get closer at work and this makes Nathan uncomfortable.

All this and more in the GH episodes the week of Monday, February 8 through Friday, February 12. Watch every day and come back to Soap Opera Spy for daily ‘General Hospital’ spoilers and more.

‘The Young and The Restless’ News: Alyvia Alyn Lind Wins A Grace Award For ‘Coat of Many Colors’